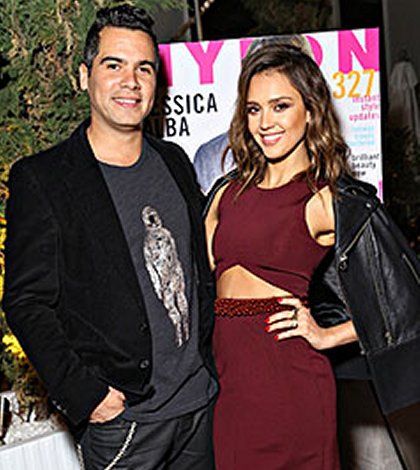 Sounds like such is the case — at least in the style department — for Jessica Alba and 5½-year-old daughter Honor Marie.

But it’s not necessarily something Alba, 32, is thrilled about. It’s not like she wants her daughter to have poor taste, she just wishes her little one dressed for her age.

“Honor likes wearing heels and dresses,” Alba told PEOPLE Monday at an intimate fête inside the Mondrian Hotel’s Herringbone restaurant in West Hollywood to celebrate her very first Nylon magazine cover. “I’m like, ‘No! [Don’t you want to] climb a tree?

The happy-go-lucky founder of The Honest Company has echoed similar statements to PEOPLE in the past: “For sure I see a mini me. I was a tomboy when I was a kid. Honor is like me grown up. It’s so bizarre.”

Apparel does not go to waste in the Alba household, as the mom-of-two is a big fan of letting her 2½-year-old daughter, Haven Garner, get plenty of wear out of Honor’s old wardrobe.

“Honor’s clothes get handed down to Haven,” she says, adding that her older daughter “loves” being a big sister. “That’s the way I was raised, so that’s how it is for my family, too.”

When it comes to her own style, the upcoming Sin City 2 starlet says she’s a fan of tone-on-tone, mixing patterns and bright orange.

One thing she can do without? Excessive wear of thigh-high boots.

“They can get a bit hooker,” she jokes. “I think they can be fine for occasional nights out, but not for every single day.”

Matt Damon Teaches His Daughters to Give Back