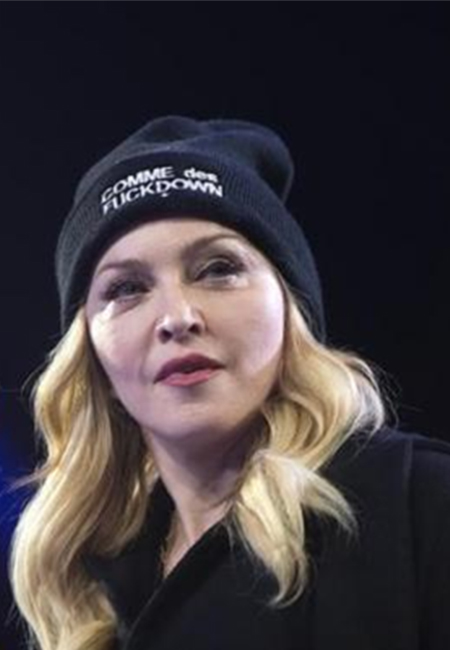 An Israeli man was arrested on Wednesday on suspicion of hacking into the computers of a number of international singing stars, including Madonna, and selling their songs online, a police

A police spokesman confirmed that a 39-year-old Israeli had been detained, but citing a court-issued gag order declined to name him or his alleged victims.

In December, unfinished tracks were leaked from Madonna’s “Rebel Heart” album before its release, an act the singer described as “artistic rape” in a post, later deleted, from her Instagram account.

A private Israeli investigator, Asher Wizman, said Madonna’s team had contacted his company several weeks ago to look into the matter after rumors of an Israeli connection to the leak.

Madonna, a devotee of Kabbalah, or Jewish mysticism, has visited Israel several times and kicked off a 2012 world tour in Tel Aviv.

“Our investigator found her computers, at home and at a studio, were broken into from a computer in Israel,” Wizman told Reuters. “We tracked down the computer, and the man behind it. After gathering enough evidence, we turned to the police and he was arrested today.”

Police said its cyber unit had carried out an investigation along with the FBI following a complaint from a Madonna representative in Israel.

Israeli media said the man taken into custody was a former contestant on a popular television singing contest in Israel.

“He is suspected of computer hacking, copyright violation and fraudulent receipt of goods,” a police spokesman said.

“During the investigation it appeared the suspect had broken into the computers of a number of international artists, stole unreleased demos and final tracks and sold them over the internet,” the spokesman said.

No charges have yet been filed against him.

Related Topics:CelebritiesmadonnaNewsRebel Heart
Up Next

How Do You Apply Gel Polish At Home