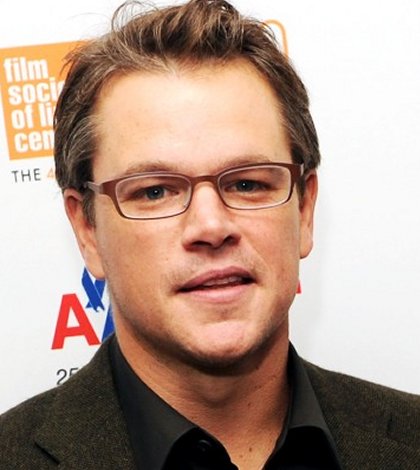 Matt Damon wants his daughters to be proud of his work – especially his efforts to make the world a better place.

Dedicated to providing clean water to those in need, and with World Water Day this month, Damon, a co-founder of Water.org, says, “I have four girls of my own, and I want them to be proud of the impact I’m making in the world.”

The Monuments Men and Behind the Candelabra star, 43, helped start the organization as a response to the poverty he encountered during his travels a decade ago.

“I just can’t think of a cause that has a larger impact than access to safe drinking water and basic sanitation – especially for women and girls,” he says.

“I’m looking forward to sharing the work with my family. I think it’s a really valuable opportunity to learn and curate your own passions for giving back at an early age.”

As for what he observed firsthand, “When I was in Zambia in the early 2000s, I was learning about some of the challenges of development and went on a water collection with a young girl in a village I was visiting,” he says.

“When I asked her about her hopes and plans, she said she was going to go and live in the big city and become a nurse … I realized that if someone had not possessed the foresight to sink a bore well near where she lived, she wouldn’t have been able to go to school and she would have spent her whole life scavenging for water.”

Damon says his organization’s partnership with Zynga.org, a project that raises money for charity through games, has helped tens of thousands of people in Haiti gain access to safe drinking water.

Jessica Alba Jokes: I Wish Honor Would Dress Her Age