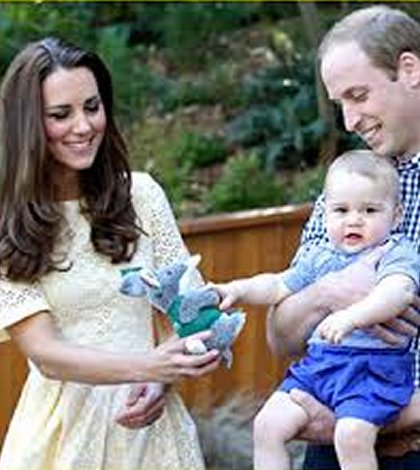 As Prince William preps for what he has called the “game-changer” of a second baby, he’s establishing new ground rules for how he and wife Kate run their family.

Primary among them: a new job close to the couple’s country home, and involving his in-laws every step of the way.

William has started training for his job flying helicopters for East Anglia Air Ambulance, and when he begins operations this summer – not long after the baby’s due date – he will be close to the couple’s 10-bedroom mansion, Anmer Hall.

“It’s why he took the job,” a friend tells PEOPLE of William, 32, who gets to continue his passion for flying while also fulfilling a public-service role.

Family life also means being close to his in-laws. Few have been as welcomed into the royal family as Kate’s parents, Carole and Michael Middleton – something that William has ensured. Over the years, the Middletons have been invited to join the royal carriage ride with Queen Elizabeth at Royal Ascot, and they scored a prestigious berth on the Thames for the Diamond Jubilee river pageant in 2012.

“The Middletons are very important to him,” Penny Junor, author of Prince William: Born to Be King, tells PEOPLE. “What he loves about Kate is the normality that goes with her. The Middleton home has been a haven for him. He can step out of being royal and be normal, and they are just a very happy, normal family. That’s what he craves.”

The closeness might also explain why the couple doesn’t spend as much time with Prince Charles, 66, and his wife Camilla, 67, who celebrate their 10th wedding anniversary on Thursday. Charles has reportedly complained he doesn’t see enough of his grandson, nearly 21-month-old Prince George.

Sources close to the British heir scoff at such talk and point out that Charles “enjoys a very good relationship with his grandson.” But there is no question that William’s father spends most of his free time at his country home, Highgrove House, in Tetbury, a four-hour drive away from Anmer.

“William sees a sense of freedom and normality with the Middletons away from the hangers-on,” says Princess Diana’s former bodyguard Ken Wharfe. “If he goes to see his father at St James’s Palace or Highgrove, there are butlers and whoever, but he prefers it wherever possible to move away from that.”

Still, royal insiders say Charles has encouraged his elder son to prioritize his family life, and Kate has already indicated that she will take more time off when she has her second baby than when she had George.

One person who seems to be benefiting is big-brother-in-waiting George, who is settling well into Anmer Hall to the joy of his parents.

“He is really enjoying the new environment,” a friend has told PEOPLE.