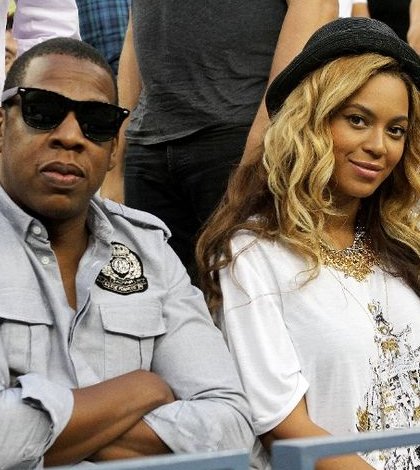 Well, they don’t call her Queen Bey for nothing.
Beyoncé and her husband, Jay-Z, have topped Forbes magazine’s list of the highest-earning celebrity couples.

The pair raked in an estimated $95 million between June 2012 and June 2013, thanks in part to the mother of one’s Mrs. Carter Show world tour, which grossed an average of $2 million a night.

Coming in at number 2 on the list are NFL star Tom Brady and his supermodel wife, Gisele Bündchen, who earned $80 million last year.

Rounding out the top five are new parents Kim Kardashian and Kanye West, whose total earnings last year were $30 million – less than a third of what Beyoncé and Jay-Z made.

Justin Timberlake and Jessica Biel: Husband and Wife or … Twins?