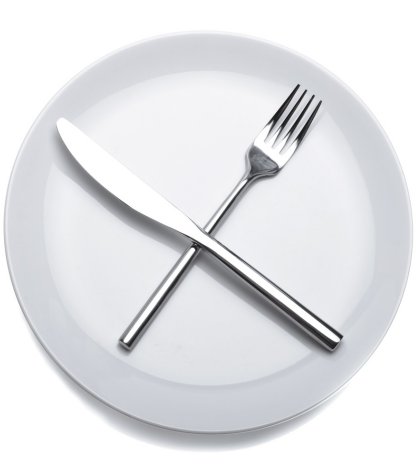 According to past researches, the ancient hunter-gatherer societies often only consumed food intermittently, indicating that humans were made this way, to go without food for some lengths of time. Instead of having three consistent meals, they had an eating schedule that involved skipping meals irregularly. This would help them fight obesity and many modern diseases such as Alzheimer’s, cancer and other heart diseases.

However, some studies say that the timing of the consumption of certain foods is also essential for healthy living. It has been proven that three meals a day plus snacks are abnormal to the perspective of natural human lifestyle. Similarly, intermittent fasting has been proven to have health benefits and avoid a number of diseases. This intermittent fasting includes consumption of 500 or less calories either on every alternate day or on two particular days every week. This can also mean only having dinner for several days.

In animals, such studies have proven to fight neurodegenerative disorders, heart diseases and illnesses such as cancer and diabetes. According to animal studies, it happens so because fasting allows the body to respond better to stress. Otherwise, stress can damage the normal immune system, therefore promoting diseases. Fasting can also starve inflammation, tumor cells and other damaged molecules.

And because of the circadian rhythms, the body will also respond better to the meals while fasting as compared to when it is having regular meals. Before artificial light was introduced, people would usually depend on the sun light, therefore having most of their meals in the day time and fasting in the night. Doing so – eating with the patterns of nature – will also promote better metabolism. It has also been proven in scientific studies that having meals earlier in the day promotes weight loss while having more energy.