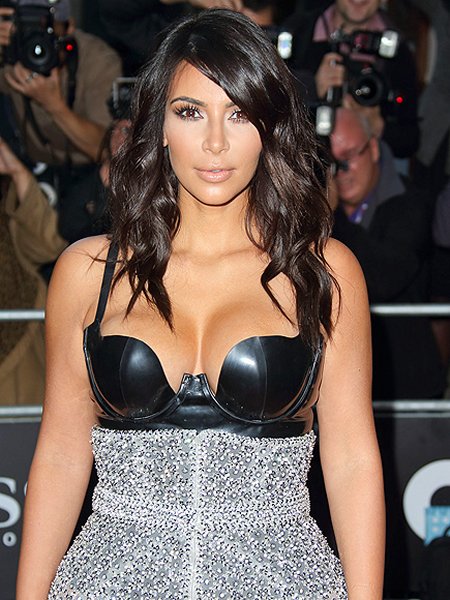 Is Kim Kardashian the latest celebrity victim of a nude-photo hacking ring?

The report has prompted speculation that the hacking is likely the work of the same individuals who posted nude photos of Jennifer Lawrence, Kate Upton and more in August.

Pictures of Hope Solo, Vanessa Hudgens, Avril Lavigne, Leelee Sobieski and Lake Bell were also reportedly leaked on the site Saturday. Reps could not be reached for comment.

The photos were quickly taken down thanks to 4chan’s new policy on copyright infringement in the wake of the first leak, which the FBI is actively investigating.

“This is a flagrant violation of privacy,” Lawrence’s publicist Liz Mahoney wrote in a statement at the time. “The authorities have been contacted and will prosecute anyone who posts the stolen photos of Jennifer Lawrence.”

Kardashian, 33, weighed in on the first leak earlier this month, telling E! News that she saw the incident as a “wake-up call.”

“It seems like there are a lot of people that love to spend their time hacking peoples’ information, and that’s just a scary thing,” she said.

Related Topics:Celebritieskim kardashian
Up Next