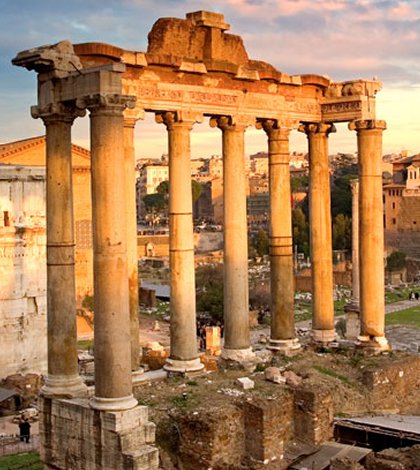 Rome is undeniably among the most beautiful places in the world that draw attention and interest of millions of tourists from around the world. Every year, tourist visits gradually increase, thus keeping it among the top 10 most visited cities in the world. Whether you are a history buff, a religious individual or just someone wanting to travel around the world, you will surely admire and get captivated with the masterpieces and the treasures that Roman art, culture and architecture offer. And to help spice up your interest in Rome, let us discuss some of the random interesting facts about ancient Rome.

Rome as the center of the greatest empires.

Rome is a special commune in the central part of Italy. It was once the ruler of the greatest empires in the world. Romans had successfully invaded their neighboring lands first and after some time, they had stretched their invasion mission to far afield land including what we call now as Turkey and Scotland. They had ruled most of Italy and had efficaciously vanquished a vast cluster of realms.

The Romans are considered the pioneers of apartment buildings. They were the very first to build apartments that were around three to four floors high. The first high-raised apartments in the world are constructed in Ostia, a very busy anchorage that is adjacent to Rome. Typical ancient Roman style apartments were composed of up to one hundred crowded, small and dirty rooms.

The very first shopping mall in the world can be seen in Rome. This shopping mall is now what we call the Market of Trajan. This market was built on the Quirinal Hill slopes at the historic center of Rome. It once had five various levels and had housed more than 150 different shops and stalls including the massive main hall.

Romans were amazing architects and builders. They had pioneered the discovery of different building materials including the use of concrete. Since its discovery, most of the buildings. If not all, in Rome were built out of concrete which on ancient times was cheaper and was easier to use as compared to solid building stones. They also discovered that the bricks that were made from clay and were baked over high temperature could last far longer than the unbaked ones. They also pioneered in the discovery of the use and advantage of arches in constructing tall and strong doorways and walls. They also led the way to the massive domes designs for buildings and structures that were too huge to be roofed and covered with wooden beans. The most famous massive domes in Rome that are still evident even until this modern age are the Pantheon dome and the St. Peter’s Basilica dome.

Rome was the home for some of the first Christians in the world. Christianity was once forbidden in Roman Empire until AD313. During this time, Christians gather silently and secretly to hold worship services and to pray. They utilized the catacombs, the underground passages of Christians, for their worship. It is also in the catacombs where they held burial activities for their fellow Christian brothers and sisters.

Romans were known as great water engineers. They pioneered the design of aqueducts and highly elevated waterways to transport water from the streams-supply in distant hills and highlands to the city. Those who belong to the known and rich families had a water supply right directly to their homes while those who belong to the middle to lower social class had to take drinking water from various public fountains and spouts.

During ancient times, Rome relied so much on farming and on the farmers. Most Romans during the Roman Empire era settled in the countryside and they mostly worked on farms. Those countryside farmers were the ones providing the food needs of the people dwelling in the city. If not because of the farmers and of farming, ancient city-dwellers and the general citizens would have not survived the difficult life in Rome.

Rome used to be governed by kings. The first king who ruled in Rome, according to the legend, was Romulus and the last was Tarquin the Proud. Romans are also known to be great potentates leading the greatest empires in the world. There were approximately more than 50 million individuals that were under the power and supremacy of various Roman rulers. Each of the Roman vanquisher had built their own monuments as a sign of prestige and celebration for their triumph.

Romans were fond of entertainment. As early as the ancient Roman times, they already had various entertainment activities. They were avid theater goers and they are fond of watching comic theater acts than drama and serious performances. Ancient Roman actors were all men. Those roles of females were being portrayed by men who dressed and act like ladies. They were also a huge fan of gladiator fights. They use the Colosseum, a gigantic Roman stadium, to stage gladiator fights. Gladiators fight against their fellow gladiators and sometimes they fight against beast animals.

A Refreshing Vacation to Honolulu