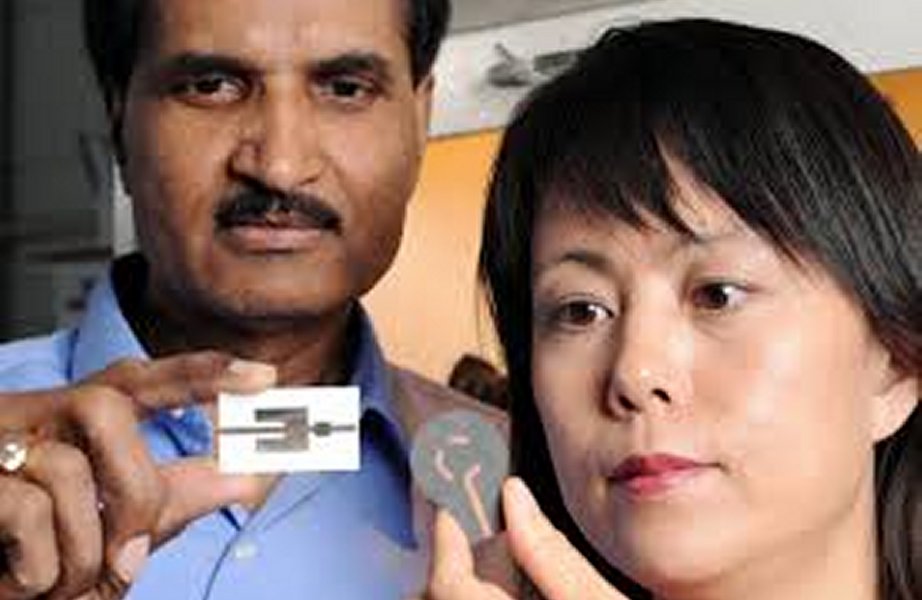 Printable plastic transistors that can detect pathogens in blood or saliva could one day tell tonsillitis from flu in a flash.

Transistors easily switch on and off in response to an applied voltage, which allows electric current to flow between two terminals. But they can respond to other things as well, says Mariana Medina-Sánchez, now at the Leibniz Institute for Solid State and Materials Research in Dresden, Germany. Medina-Sánchez and her colleagues have engineered a transistor that recognises the protein biomarkers of common diseases, switching on only when it has detected them – and the device can be printed with an inkjet printer.

The team printed the transistor using a special ink embedded with a common antibody called human immunoglobulin G, which binds to antigens from a number of common viruses, bacteria and fungi. When a disease protein binds to an antibody, it changes the transistor’s electrical properties, altering the voltage level at which it turns on.

Eventually, the team says, doctors could print out a sheet of the devices – each equipped with a different disease antigen – and diagnose people in a snap.

Tony Turner, head of the biosensors and bioelectronics centre at Linköping University in Sweden is impressed with the proof of concept. “It combines the sophistication of advanced electrochemical biosensors with a simple manufacturing technique,” he says. “Interference due to pH changes in real samples might be a problem for them, but overall, mobile diagnostics for healthcare, food safety and environmental monitoring demands such new generations of inexpensive sensing systems.”

Symptoms of Depression: Are You Depressed?