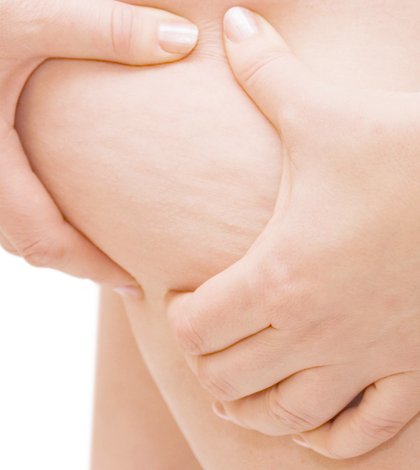 Can you believe that up to 90% of women have at least some small amount of cellulite (appears dimply, bloodless and perhaps like an orange peel in appearance) on the usual problematic spots being the butt, thighs, stomach, lower back and underarms? Lucky for men, it’s RARELY found due to the formation of muscular connective tissue under the skin which is aligned in a smooth and constant formation, where in women it runs vertically. This difference in connective tissue layout, along with the fact that men usually have thicker skin than females with a lower overall body fat percentage defines why FAR less men develop cellulite than the opposite sex. Several factors can contribute to the formation of cellulite, including gender, genetics, hormonal imbalances, lifestyle, elasticity of the skin, circulatory system issues and yes… DIET!

There are several foods that you should consume inside your anti cellulite diet to reduce cellulite, as well as other food options that you MUST avoid which can actually contribute to the formation of cellulite. Keep in mind that you want to eat foods which can help to balance hormones, reduce inflammation, improve the circulation of blood and choices that are rich in both sulfur and vitamin C. So – for the purpose of this article – I’m going to narrow it down to 1 strange diet tip on how to reduce cellulite! That is to focus on the role of hormone balancing foods that contribute to cellulite reduction. And if you haven’t already done EVERYTHING in your power to lose fat in a successful manner, then I encourage you to do so with the help of an effective exercise and nutrition program as you’ll most likely see better results when beginning to eat the anti cellulite diet foods at a healthier weight!

There is a naughty hormone called estrogen that is responsible for softening connective tissue where fat deposits collect and this can easily increase the formation of cellulite. Do you know that coffee can actually raise the estrogen level inside your body by up to 70 per cent? Other anti cellulite diet “banned” foods that raise estrogen levels include all cooking oils except coconut oil and any product that contains non-fermented soy. It will also be important for you to eliminate these other foods…

1) Anti Cellulite Diet “Banned” Foods – Avoid white flour based foods such as cookies, bread, cakes, cupcakes and muffins etc., as these  hypoglycemic choices of food causes insulin to spike and then soon after crash which can cause the leftover sugar to convert into body fat.

2) Anti Cellulite Diet “Banned” Foods – Steer clear of processed meats such as sausage, bacon, pepperoni, ground beef, deli meats and any other anti cellulite diet “banned” food that isn’t entirely natural.
3) Anti Cellulite Diet “Banned” Foods – Avoid trans fats like the plague! This is a form of fat that is created through the process of hydrogenation which is added to snacks and frozen foods to increase shelf life.