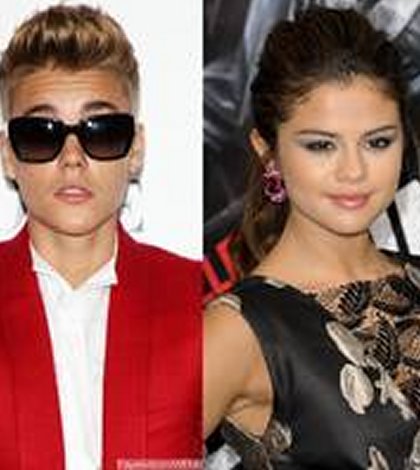 Are Justin and Selena a couple again? We’re starting to Belieb.

On-again, off-again Bieber and Gomez met up in McAllen, Texas, on Friday for breakfast and shopping.

“Selena Gomez and Justin Bieber came in with his bodyguards a little after 10:30 in the morning for breakfast and were here for an hour and a half,” Lori Johnson, manager of Don Pepe’s McAllen Mexican restaurant, tells PEOPLE.

Bieber, 20, ate huevos rancheros while Gomez, 21, had pork chops with grilled onions, tomatoes and jalapeños. Along with their meal, the singers enjoyed some PDA.

“They were kissing,” adds Johnson. “They were sitting next to each other hugging and kissing in front of the staff. They weren’t hiding it and seemed to be boyfriend and girlfriend.”

They next visited the Royal Perfumeria shop, where Bieber purchased Obsession by Calvin Klein cologne and Givenchy Pour Homme.

“They came in together for about five minutes and he wanted to smell the Givenchy cologne and he wanted Obsession,” says owner Lydia Gonzalez. “And Selena was just browsing and looking at the fragrances for women. They were both polite and nice.”

Gomez is in town for a concert scheduled on Saturday at the Hidalgo State Farm Arena, her first concert since her stint in rehab earlier this year.

Bieber was last seen Thursday in Miami at a deposition hearing in connection with a lawsuit filed by a photographer. The session became heated when he was questioned about Gomez.

Drew Barrymore’s Bridal Beauty Advice: ‘Look Like Yourself on Your Wedding Day’