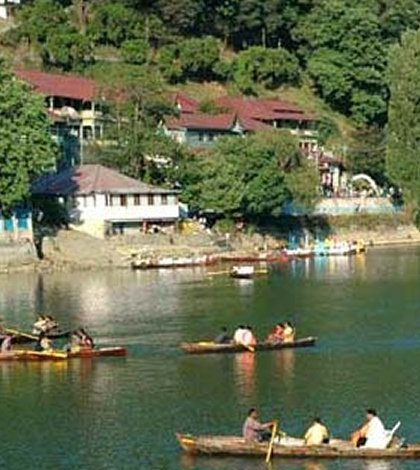 India boasts of as many as 200 national parks with diverse features and species. It is really hard to pick your favorite, but here we have compiled a list of the top 10 national parks of India.

1) Kaziranga National Park: Famous as UNESCO World Heritage Site, Kaziranga National Park houses almost two third of the world’s population of One horn rhinos and is also called the Tiger Reserve Forest as it has the highest density of  Indian Bengal Tigers. Other than that it is home to Swamp Deer, elephants and wild buffaloes.

2) Corbett National Park: The first and so the oldest and National Park of India, is named after the legendary wildlife story writer Jim Corbett. You can spot a number of tigers and wild animals and is a haven for wildlife enthusiasts.

3) Kanha National Park: This park is beautiful sight with the rich and dense Bamboo and saal forests and huge variety of wild animals like the barasingha, Bengal tigers, beer, wild dogs, leopards,etc. The Kanha National Park was also the backdrop of Rudyard Kipling’s famous book ‘The Jungle Book’.

4) Bandhavgarh National Park: It is one of the biggest national Parks in Madhya Pradesh and features rocky hilly terrain and dense forests in the background. It has a huge population of Bengal Tigers and Langurs and variety of species of Deer. A major attraction here is the magnificent white tigers.

5) Hemis National Park: It is the largest national park in India and is located in Ladakh at a high altitude. This park houses some of the endangered species the Indian Snow leopard, the Eurasian Brown Bear, the Red Fox and the Tibetan Wolf. You can also find vultures and Golden Eagles here.

6) Gir National Park: It is the only home to Asiatic Lions where attempts are made to conserve them and increase their species. This park which is situated in Gujarat has the spectacular flora and fauna. This park also has a good population of black bucks, hyenas, bears and jungle cats.

7) Sunderban: It gets its name from the massive swarm of Sundari trees and is set amongst the spectacular tangle of mangroves in Bengal which are one of a kind in the world. Spread over 54 islands, it can be only be accessed by boats. You can spot tigers, crocodiles and snakes here.

8) Ranthambore National Park: This National Park gets its name from the Rathambore fort which is located inside the park. It is a beautiful blend of history and culture and you can very easily spot tigers here apart from other wild animals.

9) Bandipur National Park:  in south India is a popular as a natural habitat for elephants and many endangered species. The beauty of the Western Ghats and the Lush green dense forests make it a mesmerising sight for nature lovers.

10) Keoladeo National Park: A Popular World Heritage site as well, this park is famous for its grasslands and wetlands. It houses various species of wild animals and the migratory Siberian cranes.

Comparisons Between Modes of Transport

What Is a Charter Plane?