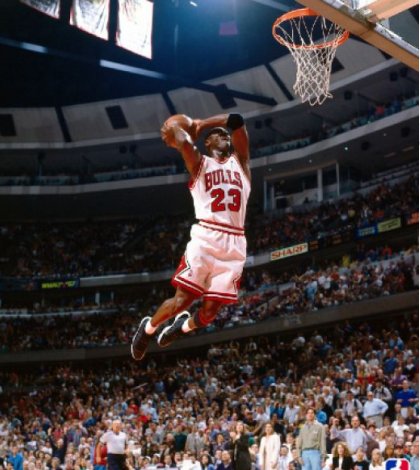 I’ll even admit that when I used to play High School basketball I had some bad habits that kept me from playing at my potential. Most coaches don’t pay attention to their players enough to actually notice these bad habits. Sometimes you may have to ask somebody to point out any bad habits in your game or you may have to record yourself and point out your bad habits yourself.

One of the 3 bad habits that I’ve frequently noticed from many basketball players is that they have a tendency to stand around when they don’t have the basketball.

You might be one of these players yourself. If you are, you need to address the situation and make an effort to break the habit.

There are a number of things you can do even without the basketball. You can cut to the basket, you can v-cut to the basket, and/or you can set screens. The point is; you need to stay on the move. Don’t crowd the ball-handler, but instead you should be focused getting yourself and your teammates open for a decent shot.

Another bad habit that you want to avoid is being a high-energy offensively, but being lazy on defense.

If you’re going to be lazy on one side of the court, make sure it is not on the defensive end. Defense is just as important if not more important than offense.

Normally, the team that wins a game of basketball is the team that can get the most stops. In other words, you will have more offensive opportunities if you are defensive-minded. Defense wins games. If you like to win, you better get used to playing high-energy offense and high-energy defense.

The last habit that you want to avoid is being a ball-hog.

Nobody likes a ball-hog because having a ball-hog on your team usually guarantees that you won’t be a huge part of the offense. Let’s be honest, everyone loves to have the ball in their hands. So, you don’t want to be that guy who is preventing others from enjoying the game of basketball.

Being selfish on offense, usually leads to bad shot selections and horrible team chemistry. If you want to win games, you need to be a team player. Don’t focus on stats, instead, focus on winning.

Most bad habits are picked up unintentionally and it can be difficult to break them, but it is necessary to avoid these habits if you want to take your game to the next level.

5 Amazing New Ab Exercises You Can Do Anywhere

What Makes a Student Athlete?