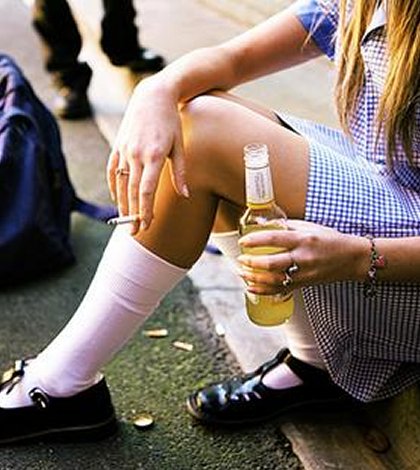 Adolescents’ brain is not well matured. In adolescence, the brain is still developing, and as a result, it responds differently to the effects of drug and alcohol as opposed to adult brain.

Most teens are exposed to substance abuse like cigarettes/nicotine, alcohol, marijuana and other drugs (prescription medications, opioids, stimulants). Abusing these drugs will not only affect the developing brain, it may also interfere with normal brain functioning during adulthood. There are, however, several factors that can cause damage to the adolescent brain, including:

Reduction in the size of the hippocampus: damage to memory

The hippocampus is part of the brain that is involved in forming, organizing, and storing memories. It also plays a major role in formation of new memories.

Both alcohol and illicit drugs reduce the size of the hippocampus in adolescent brain. They can change chemicals in the brain that affect memory, which in turn could be a sign of impaired hippocampal function. The reduction in the size of hippocampus is more severe in teens who start using drugs and alcohol early and often.

Neurotransmitters: abnormal transmission of information
Neurotransmitters are chemicals in the brain that transmit information through the nervous system and brain, that lead to feelings of pleasure, satisfaction or other emotions. Interference by alcohol and drugs to neurotransmitter’s function, could lead to changes in moods, feelings, perception and behavior, as there are abnormal messages being transmitted through the brain’s network.

Early detection and timely remedial measures are important to prevent long term damage to the adolescence brain. Therefore, knowing the damaging effects of drugs and alcohol on adolescence brain, it is sensible to stay away from them and better not to try them.

Obesity- Its Ramifications and an Overview Over its Solutions