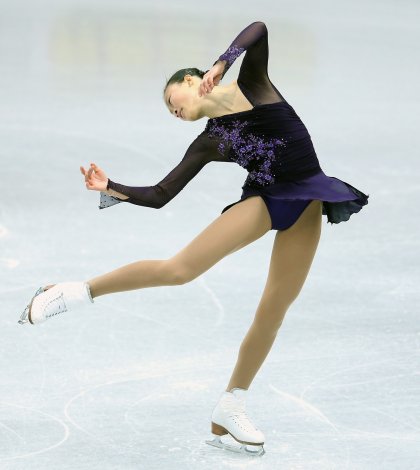 Ice skating is not all glamor and grace. There are also inherent dangers, and all ice skaters, especially the beginners, should be aware of these. In the year 2007 alone, 4,500 skaters were injured in Austria, requiring hospital care. Wrist and head injuries topped the list.

Falling on ice is the first danger to be considered, whether skating indoors or outdoors. It not only depends on the skills of the ice skater, but also on the quality of the ice surface, as well the ice skates used. Serious and fatal injuries are very rare, though, but there are isolated cases of paralysis after falling on ice. The skate blades also present one potential cause of danger, as it is very sharp it can slice skin and cause injuries. This emphasizes the need to wear protective gear, especially helmets, for avoidance of head trauma or other similar injuries caused by falling on a skates metal blades.

Moving and gliding on frozen waterways is still an observable fact. As natural ice is unpredictable in terms of strength and structure, there is a potential danger of falling into freezing water whenever the ice breaks. The fact that the ice conditions cannot be controlled should hinder skaters from trying to skate on frozen bodies of water. Once they fall, it will be very hard, if not impossible, to get back onto the ice or out of the water, as the ice tend to break in a continuous manner. This becomes even more hazardous when the skater has no company while skating on naturally-occurring rinks. In the depths of the freezing water, it will be very difficult to swim because of the skates and heavy winter clothing, so there is a big chance for the skater to drown or suffer from shock and hypothermia.

When skating outdoors, one has to remember that the ice is thinner, and therefore weaker, in areas near river or pond edges because of vegetation and higher temperature. Ice is also weak under bridges and areas with most sunlight exposure, also because of warmer temperature.

Because of these ice skating dangers, people need to be educated about wearing appropriate protective gear and, if possible, staying out of frozen waterways when skating, or, if they really want to, they need to know the thickness of the ice first before putting their skates on and starting to move on ice.

Importance of Mouth Guards in Sports