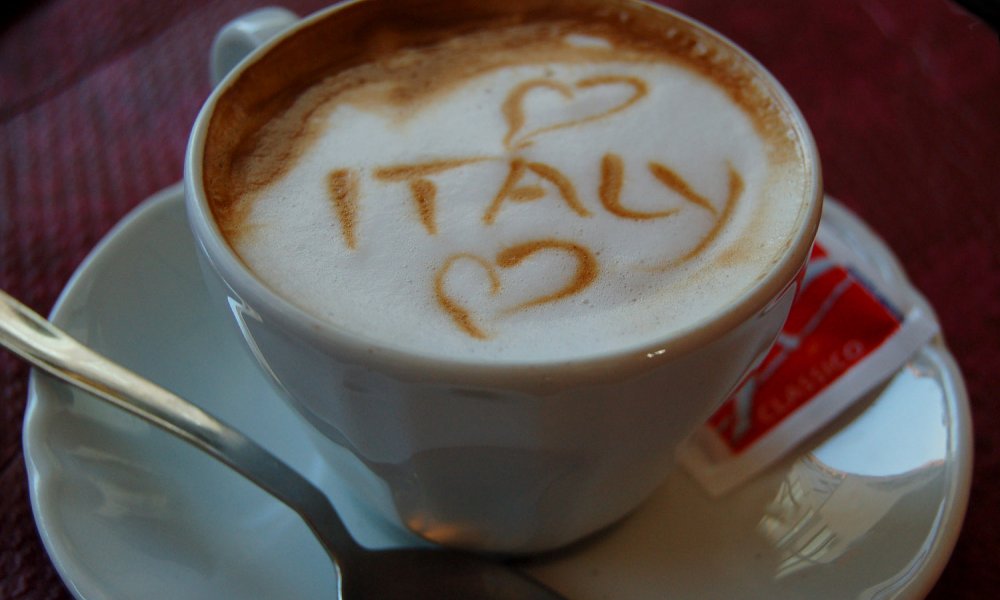 Italy is a nation of coffee connoisseurs, so it’s no wonder that the country’s historic cafes are treated with nearly as much reverence as its extraordinary array of galleries and cathedrals. In Florence, atmosphere-laden examples dating from the 19th and early 20th century abound – many conveniently located close to the city’s major monuments.

Before heading out to explore the cafe scene, you’ll need to get into the local swing of things. Firstly, always remember that Italians only drink milky coffee in the morning; coffee in the afternoon or evening is taken black and preferably short (an espresso, or caffè, is the popular choice). Secondly, be aware that enjoying a coffee or drink while sitting at a table and being served by a waiter will cost you up to five times the price of the same drink enjoyed while standing at the bar or counter, especially when visiting an historic cafe. If standing at the bar (banco), pay for what you want with the cashier and then place your order with the person behind the bar.

The personal chocolate maker to the royal house of Savoy opened Rivoire way back in 1872, and his original bittersweet blend of chocolate has been handmade on the premises ever since. In winter, locals of every age counteract the chilly conditions with a decadently smooth and rich cioccolate in tazza (cup of hot chocolate). In warmer weather, the front terrace with its dress-circle view over picture-perfectPiazza della Signoria is a popular spot for a coffee or cocktail.

Top tip: Rivoire’s baristas always use fresh milk rather than the all-too-prevalent UHT when making their excellent cappuccino, so it’s a great spot for a morning coffee.

A café and pastry shop of this name has been operating in Florence since 1733, which makes Caffè Gillithe oldest and possibly best-loved coffee stop in the city. Originally located in Via Calzaiuoli, it opened in its present location on Piazza della Repubblica at the start of the 20th century and boasts a magnificent belle époque interior featuring stained glass and a chandelier-lit salon. Known to people the world over as the location where Ruth Orkin captured her iconic 1951 photograph ‘American Girl in Italy’, it has a capacious marble bar and a terrace perfectly placed for people watching.

Top tip: Join the locals standing at the bar to enjoy an aperitivo (pre-dinner drink with complimentary nibbles).

Established in 1846 and declared a national monument in 1991, Caffè Concerto Paszkowski is as popular with fashionable Florentines as it is with tourists. A beer hall in its earliest incarnation, it became a famed literary and artistic salon in the first decades of the 20th century, when firebrand Futurists including Ardengo Soffici and Giovanni Papini held court in the grand interior salons. Arguing about art, literature and politics late into the night, they were as much of an attraction as the cafe’s famed all-female orchestra (the first in Italy). Today, live music is still a trademark, with jazz musicians, swing bands, pop singers and the occasional tribute band entertaining customers every evening from 9pm to 1am.

Its location in the shadow of the Duomo and Battistero di San Giovanni isn’t the only drawcard, but it’s true to say that few of the city’s cafes have a view as good as that offered from the piazza terrace ofScudieri. The ever-present stream of tourists passing by can be annoying, but all is forgiven as soon as the exemplary coffee and delectable house-made pastries and cakes are sampled. Established in 1939, it has always been popular with locals, many of whom regularly stop for a quick coffee and sweet treat on their way to and from work.

Top tip: The cornetti (croissants) here are fabulous, making it an excellent location for breakfast.

Known throughout Italy for the quality of its handmade gelato and sweet pastries, Badiani is located in the Campo de’ Marte neighbourhood just outside the historic city centre but is – as any local will tell you – well worth the walk. The house speciality is Buontalenti gelato, an icy concoction of cream, egg yolk and flavourings that are a heavily guarded house secret. Named after a 15th-century Florentine architect who worked for the Medicis, Badiani’s version of Buontalenti was refined by the café’s owner Orazio Pomposi, a founding member of Italy’s Comitato Nazionale per la Difesa e la Diffusione del Gelato Artigianale e di Produzione Propria (Committee for the Defense and Diffusion of Handmade and Homemade Gelato).

Top tip: The coffee is excellent here, and a caffè is the perfect accompaniment to gelato.

Pasquale Bianchi established his mixed business opposite the Chiesa di San Felice in 1921, selling tobacco, liquors and coffee to a predominantly local clientele. Little has changed here at Caffè Bianchi in the ensuing near-century, although a few slot machines, a range of wine, lotto tickets and a limited array of bar snacks have been added to the original offerings. Light on style but heavy on authenticity, it’s a convenient coffee stop for those visiting the nearby Pitti Palace and Boboli Gardens.

Top tip: It’s not worth paying to sit at the streetside tables here; grab a quick caffeine fix at the bar instead.

Until recently, most of the customers at Procacci were nearly as old as the business, which dates from 1885. However, its recent acquisition by the Antinori wine company and a major renovation has seen this dowager of Via de’ Tornabuoni reclaim its status as a place to see and be seen. When here, it’s de rigueur to snack on truffle-filled panini (small bread rolls) accompanied by a glass of chilled prosecco. This ambrosial combination can be enjoyed at any time of the day, but is perhaps best appreciated over lunch.

The narrow interior of this pasticceria (pastry shop) and café near Piazza della Santissima Annunziata in San Marco appears to have changed little since Pietro Robiglio first opened its door to customers in 1928. Still operated by members of Pietro’s family, Pasticceria Robiglio is known for treats such as torta campagnola, a creamy ricotta cake delicately flavoured with saffron and lemon.

Top tip: There are other branches around town, but this one at Via dei Servi 112r is the most atmospheric.

Which of East Africa’s Indian Ocean islands is for you?

Florence – Between Art of the Past and Modern Fashion