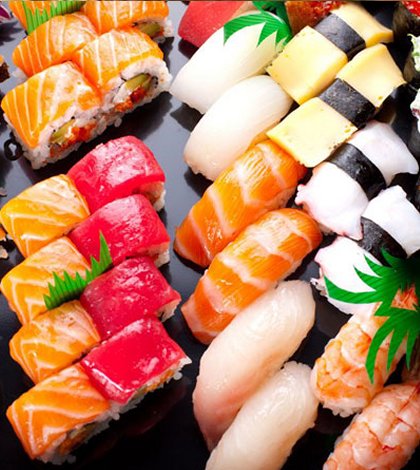 Sushi is a part of Japanese culture and it’s healthy for you to eat. Chefs find many culinary uses for sushi and people who appreciate the little subtleties that go into making, eating, and enjoying food will find that sushi is aesthetically pleasing to the senses and the palate. For the budget gourmand sushi has become more affordable and easier to make thanks to accessibility to fish markets and Japanese ingredients such as seaweed and Japanese vinegar.

The word “raw” is often associated with food that is uncooked and therefore less appealing, or dangerous to consume. Peoples perceptions have since changed over the years, and more and more Americans have begun to adopt sushi, raw vegetable, and raw fruit as a healthy alternative to heavier, overcooked, and oily cuisines. This is partly due to the influx of Japanese sushi chefs in North America back in the 1980s and the proliferation of food television programs such as the Food Network. Consumers are now better able to understand how to enjoy eating raw food.

Sushi was first introduced to the United States in 1950, but didn’t really begin to take off until years later. Only a small cadre of patrons enjoyed eating this expensive treat. Still back then perceptions of eating raw fish were almost nonexistent, unless you consider sardines to be raw fish on the same par as sushi. Sardines were not a popular staple on American dinner tables back then and now, so people didn’t talk about the wonders of fine dining over a tin can of sardines. That’s not to say Japanese do not enjoy sardines, just not the canned variety unless its made by Ajinomoto, or some other Japanese food maker (Japanese food producer).

The raw food movement, an expression used nowadays to mean a diet of raw food, is becoming a healthier alternative to more common American dishes. Uncooked food in Japan may have pre-dated the introduction of Portuguese raw food. For example: raw pickled dishes which included salmon or mackerel, didn’t originate in Portugal, neither did pickled ginger that you most often enjoy with raw fish. According to popular opinion, raw fish came via the transmission of culture from as far as Portugal, but even then it wasn’t regarded as sushi, just Portuguese raw fish. Only when the Japanese reinvented it did it become authentic sushi and then later transforming the entire food industry in Japan and subsequently the world. Sushi is the next big food movement for countries like Russia, the United States, China, and Europe. Just about every non-Japanese has at one point or another tried sushi in some form, and has gained a greater appreciation for the diversity of food and tastes.

When you eat sushi you are eating the chef’s creativity. You are looking at the sushi and admiring its array of different colors and textures. You are biting into it, chewing it, and feeling how well the flavors blend with the rice and fish, and other various toppings. You are experiencing how Japanese have come to love and enjoy one of the most important food dish in Japan.

Why Should You Make Your Own BBQ Sauce?

Cold Soups or Hot Soups, Which One is The Ideal Meal?