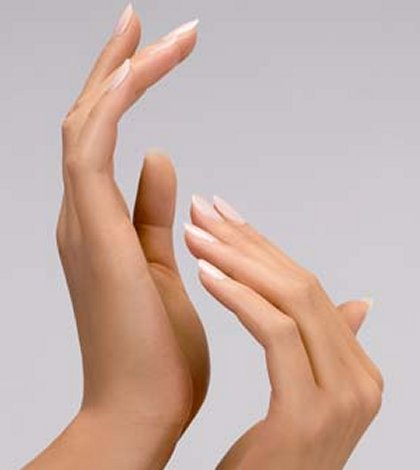 History Of Nails – Enhancement And Nail Art     For everyone who is interested in nail art techniques professionally or as a hobby I’ve put together this link with all known to me information. They are based on information from professional magazines and various websites including Wikipedia. Every professional nail technician should know a little about history, if you have any suggestions, have more facts or would like to make a comment please do, I will be grateful.

Over 3000 BC in China first type of nail “lacquer” was made out of beeswax, gelatine, flower petals mainly roses and orchids. The mixture was applied on nails and after few hours and sunlight or over night it would result in stained and shiny nails. The colour achieved that way would be red or pinky-red.
600 B.C., in China extended nails were often in place in various shades from silver and gold to ivory and black –depending on choice of colour of royal dynasty. For centuries long nails were a symbol of royalty, high society and wealth.
In Egypt, natural henna was used to stain nails. The colour was very important as the royal family reserved shades of red for themselves and nail shades were indicating social order -the lower the status the paler the shade. Queen Nefertiti favoured ruby red and Cleopatra preferred deep rust red.
Around 1770 in France King Ludwig XVI systematically had a manicure done –that was the time when beautiful gold, silver and ivory manicure sets were being created.   1800 -Is the time when short, almond shaped nails with slight point are thought to be perfect. Nails are sometimes tinted with scented red oil and buffed with a chamois cloth for shine.

1830 -In Europe doctor Sitts adopts the orange wood stick (a dental tool) for nails as before only metal tools were used.

1900 -Metal scissors and files are used for manicure widely, accompanied by tinted creams or powders to create shiny nails. First glossy nail polish is available and is applied with a camel-hair brush, but it doesn’t last very long as it wears off in a day.

1910– ‘Flowery Manicure Products’ introduces the first ’emery board’ – garnet nail abrasive on a wood core.
1917– The first manicure kit is made for home use and it includes: cuticle remover,  nail polish, nail enamel, nail whitener, orange stick, emery board and a booklet with instructions of use.   1920– Michelle Ménard introduces first glossy long lasting nail polish. Hollywood stars at first have natural short nails but the development of automobile paint provides the basis for nail polishes and soon they start to wear glossy red nails later also seen on pin-up girls.

1925 -The “moon manicure” is popular due to new nail polishes on the market in rosy red and pink, the cuticles are cut, the free edges pointy, and polish applied only on a nail bed avoiding the moon.
1927 -The French Manicurealikeproducts are created: Max Factor’s Society Nail Tint a rose-coloured cream in a porcelain pot and Society Nail White a chalky white liquid in a tube that’s applied under the nail tips.
1929 -Polish with perfume is introduced, but its popularity is short-lived.
1930 – First nail polish remover and cuticle oil is available.  Greta Garbo has nails extended with foil and painted red for the needs of film production. The technique takes a lot of time to produce the set of nails and they don’t last long.

1932 -Revlon introduces nail enamel –it developed a unique manufacturing process. Using pigments instead of dyes, Revlon was able to create rich-looking, opaque nail polish in a wide variety of shades never before available.    1934 – Pigment for nails is being patented –it doesn’t damage the natural nails. Maxwell Lappe (dentist) creates fake nails for people who bite their nails.   1937 – First patent for nail extension technique.   1940 – Rita Hayworth sports long and red painted nails – they are longer then before, more oval and wholly coated with red nail polish. Manicure for men is popular as shaving and cutting hair   1950 – Colour selection of nail polishes is extended still. Oval and lighter coloured nails are in fashion.

1955 – Frederick Slack accidently invented acrylic sculpting –nail extension technique. As a dentist experimented with hard material he used for dental treatments and when he broke his nail tried to repair it with acrylic sculpted on a piece of foil.   1957 – Frederick and Thomas Slack patented first nail forms for nail extensions and start the company known today as NSI.   1970 – 70′ is the time of fake nails –nails are very long and worn by wealthy people as they are expensive and not achievable for everyone. The fake nails are inserted under the cuticles to make them look as natural as possible, the glue used is not water resistant so they don’t stay on for a very long time.This is also the time for expansion of beauty salons.   1973 – Square nails are in fashion –most probably because of nail competitions as it is easier to judge the shape and angle of stress arch and C curve on square nails.   1976 – Jeff Pink creates today’s French Manicure in US –initially for Hollywood actresses who spent too much time repainting their nails to match each dress they wear   1979 – Sogo company introduces first fibreglass system.   1980 – Electric files used in jewellery making and dentist practice are being adopted for needs of acrylic nail extensions.     1982 – First UV Gel system is being introduced and UV lamp created by James Giuliano cost $500. Odourless systems are being created.

1990 – Time of businesswomen –successful women treat nails as a part of their image. Customers for nail treatments and products are more aware and have more expectations.

1992 – Moon Manicure in fashion again.   1994 – UV light-curable monomer liquid and acrylic powder hit the market.   1995 – MMA is being prohibited from nail use – it was not suitable due to the fact that it’s very hard, not sensitive to nail removing products therefore difficult to remove and damaging to the nail because the nail need to be etched to ensure adhesion. It’s being replaced with EMA which is safer to use if used by professionals and avoiding contact with skin and soft tissue.The years   2000 –2010 are the time when customers are more aware of health and safety issues. The products for nail extensions are changing to be safer and easier to use. Many of new shapes of nail are being created like: Russian stilettos, edge, pipe, bridget and many of them patented too. A lot of people are interested in nail industry, taking courses to become professionals.Nails are the part of the outfit and image, they are a decorative item like jewellery, an accessory and more often women are choosing designed nails over French.New innovations hit the market.   Acrylic nail extention 2007 –Minx is being created –thin foil wrap fixed to the nail by using heat, due to its great success many other brands follows but Minx offers still the best designs and quality and is used by celebrities.   2008 –Shellac from CND –the first gel polish called also 2 week manicure, innovative product which can be used by layering different colours creating this way many shades.    2009 –Natural pink and beige and shades of red are in  2010 –Other companies follow CND steps offering gel polishes in many colours and shades.    2011 –Neon and fluorescent colours are in fashion .

Sunscreen – A Necessity For Healthy Skin