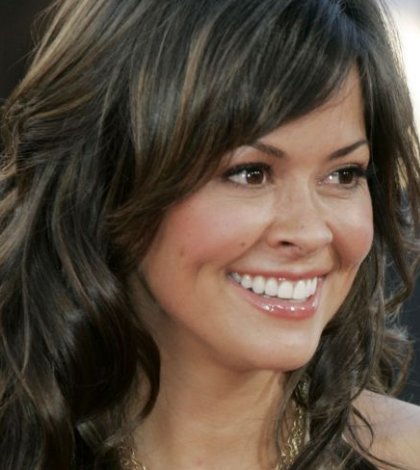 After the accident, Burke-Charvet, 42, predicted the gossip website’s interest in her mishap but assured fans she is safe – and was not under the influence of drugs or alcohol.

“Rough morning. Accident on my wAy 2 work. Tons of cops & of course photogs, TMZ will have fun with this one,” she Tweeted. “..yes I was sober.”

The TV personality drove her Maserati through a fence in Calabasas, Calif., according to TMZ. The site also reported that police say she passed a sobriety test.

Burke-Charvet was recently ousted from Dancing with the Stars after hosting the show for seven seasons. She is next set to guest star on ABC Family’s Melissa & Joey.

Nicole Kidman Goes Brunette: Are You Loving Her New Look?