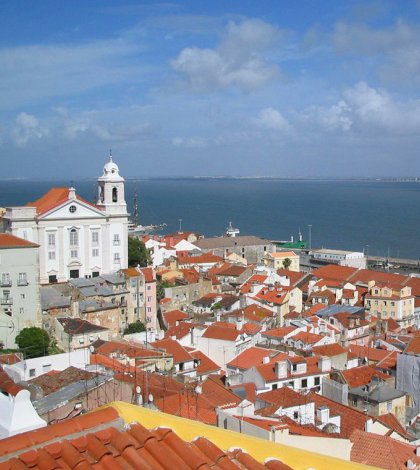 Europe is long held to be the place for art lovers, exotic food enthusiasts, and generally travellers who are into old world charm. In an age of massive innovation and development, many regions in Europe have still managed to keep their traditions alive and well, making the continent a fantastic glimpse into history.

To better get a sense of the historical marvels of Europe, here are 10 of the European destinations truly worthy of visiting:

People who think that Europe is mostly an old world kind of place will be pleasantly surprised to discover this is not true. One example is Budapest in Hungary, which is actually a hub of sorts for up and coming entertainers as well as established acts. Many of the clubs are popular because of how they look, mostly renovated old buildings which give an industrial-like atmosphere. After a wild night of clubbing, people find the old world charm Europe is known for in the cosy mom-and-pop canteens around the club areas serving simple Hungarian fare for breakfast.

While some may head for the tropics for their getaway, others prefer the quiet calm of the cold, wintry vastness of Northern Iceland. Locals there admit to actually playing host or even renting out their own residences to authors and writers seeking a relaxing and quiet place to churn their creativity and finish their novels. In contrast to the freezing temperatures typically depicted of Iceland, numerous geysers, lava fields, and even waterfalls dot the landscape, eagerly sought out by many tourists seeking to experience a hot soak in the middle of a frozen land. Perhaps the most inspiring sight is the natural canvass provided by the skies above Iceland, where people are dazzled by the northern lights.

In the Liguria region of Italy, the people of five villages just along the rugged hills overlooking the coastline, have decided to carefully build terraces on the steep landscape, and then build their residences on these terraces. The five villages have come to be known as Cinque Terre, or “Five Lands”, and has become one of the most popular tourist spots in the region. Travellers particularly like the fact there is a visible absence of any kind of corporate development or even of modern transportation. The five villages are connected by walkway paths, trains, and boats. Most of the food found in the area are still traditionally prepared as they were since the place was first built, making them a delicacy to tourists. A visit to the area will give the impression that it has remained untouched by time, preserved and protected from the stresses of modern life.

Although many tourists are clamouring to Prague and Bohemia to experience the decidedly authentic European gypsy lifestyle and products, these locales have become somewhat of a tourist trap over the years. Nearby Moravia, on the other hand, is a taste of the traditional Czech lifestyle without the noise and confusion brought by the droves of tourists. Known for its robust red wines and late ripening white wines, Moravia also boasts of restaurants and eateries owned and operated by locals in the fashion of their history. This is a place where one can enjoy the food and wine with unbiased mentality, and a lifestyle that has generally remained unchanged for a very long time.

Europe has also been known to be home to most of the classical masters of music and learning. Bern, Switzerland has the distinct honour of being called the home of Albert Einstein, and also happens to be a place where music of all kinds celebrated. Lovers of cheese will also be delighted to know there is actually a cheese route tour here, while music lovers can get their fill from the annual Buskers Street Music Festival for free. Those with a good appreciation of beer will also get to sample some of the best home-brewed beer in all of Europe right in the area.

Long known for violence and strife, many would advise getting travel insurance when going to Croatia. But this land has seen a rebirth of sorts, becoming a haven of nature-seeking tourists, thanks to its wealth of breath-taking outdoor wonders. The city of Zagreb has been described as a city made up of outdoor cafes, while the Plitvice Lakes National Park is easily a paradise for those seeking pristine lakes, waterfalls, and moss-lined cliffs. The entire countryside looks like it came out of a storybook depicting some medieval kingdom, which is why it has been used in a very popular television series. Contrary to concerns of safety, Croatia is a place best enjoyed while either walking or by bike, just so that all the sights and sounds can better be taken in.

Since diving headlong into an environmentally safe directive, Copenhagen is literally a breath of fresh air in Europe. Nearly 50% of the residents in Copenhagen travel by bicycle, and there is hardly a hint of smog to be sniffed in the air. Nordic cuisine, as well as some local concoctions that integrate traditional ingredients with innovative procedures are among the things that draw many adventure-seeking tourists to the area. Art lovers will also fall in love with the Louisiana Museum of Modern Art in Humelbaek, where the work of Picasso, Giacometti, and other greats are featured.

Being one of the earliest maritime superpowers of the world, Portugal is home to the Maritime Museum, a popular tourist destination for people who simply adore anything related to naval history. People who prefer land-based architecture and structures also have a lot to see in Lisbon, as the city is also home to quite a few man made marvels such as the Belem Tower, St. George’s castle, Jeronimos monastery, and the Madre de Deus convent.

Venice has long been the inspiration for movies and novels of various themes, ranging from passionate love stories, to gut wrenching action, and even provocative mystery and espionage. This is because it seems that anything is possible in Venice, a city of inspiration and creativity. Far from just the lazy and laid back image brought about by people reclining in Gondolas navigating the canals, The city has full of waterfront palazzos, small palaces, and various churches all worth visiting and taking in, all the better to experience the multi-faceted wonder that is Venice.

Shopping is perhaps one of the very first considerations when a tourist is planning a trip. It simply is not a worthwhile trip if there is no shopping involved. For tourists like these, one of the very best destinations in Europe is Istanbul, Turkey. Often described as a giant bazaar, Istanbul is home to merchants and vendors peddling almost anything imaginable, from the whimsically memorable to the downright bizarre and strange. A sense of history is also ever present in the city, as depicted by the mosques, bazaars, Turkish baths, and many other architectural wonders dotting the landscape.

Neil Clymer
Related Topics:Travel
Up Next