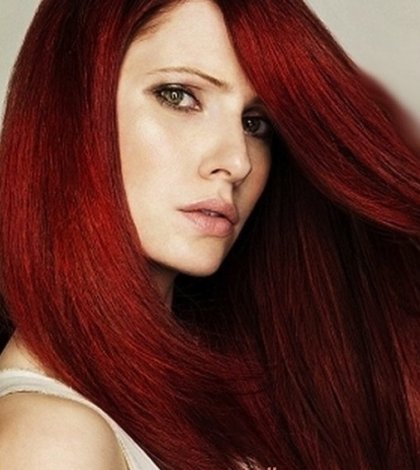 For those of us who suffer from thin hair or fine strands, we’re constantly on the look-out for products to thicken our hair quickly and permanently. We become suckers for voluminous shampoos, conditioners and hair sprays: spending hundreds on products that don’t work.

Today, I have our solution. Three in fact. They’re natural products that will stimulate thicker, faster hair growth.

Henna is a magical hair product for so many reasons. Henna:

As a result, henna is a natural hair thickener that creates an overall health and shine you rarely find among name brand “hair thickeners”.

There is only one “real” henna, which is called lawsomia inermis, which is also called Red Henna. Anything else is fake and a waste of money, excluding Cassia (neutral henna) and indigofera tinctoria (black/indigo henna). Cassia and Indigo aren’t considered true henna (by everyone’s standards), but have the ability to thicken, shine and condition hair. Red Henna, however, is the most potent.

Note: The more you use henna, the better it works. Just keep in mind that it will dry out your hair, so always follow up with a deep conditioning treatment.

I recently wrote an article called Thicker Hair with Organic Shea Butter Wash which is similar to an oil rinse, but with butter. You can apply raw shea butter with olive oil, or a mixture of shea butter and thickening oils. I use mine from Angies Heavenly Treats because the ingredients, combined with the shea butter, creates healthier and more voluminous hair.

The shea butter wash entails exactly what the name states: a wash with shea butter instead of shampoo. Leave the shea mix in for 5-10 minutes. After that, don’t follow up with a conditioner. This may reverse the effects.

My Results: After two weeks, my new growth was thicker and my hair was bouncier and fuller. With time, the hair will gradually improve.

Most people will see changes around two weeks, and very noticeable changes within one-two months. The trick here is consistency. I do the Shea butter wash once every week.

Although there’s no scientific proof that castor oil thickens hair, many users swear by it. One user massaged castor oil to her balding edges every night for a month and watched as her edges grew in. The user then went on a hair care forum and called castor oil the “miracle oil”.

Her testimonial and that of other users may not be scientific, but it is proof that castor oil thickens hair. Angela Hood of Angie’s Heavenly Treats puts castor oil in all of her hair products. From her experience, castor oil does have thickening products. But castor oil has other benefits.

“Due to the castor oil in my products, it helps to coat and moisturize hair, giving it a shine,” Hood said.

So again, while there’s no scientific proof, there’s proof in the pudding. By coating your hair with warm castor oil once or twice a week, and then let it saturate into your strands with a shower cap, you’ll notice that your roots and the length of your hair will thicken over time.

Add These Methods into Your Hair Regimen

If you do all three of these natural hair thickening methods, then thin/fine hair will be a thing of the past.

Ria Rankine
Related Topics:Beauty
Up Next

Top 4 Secrets to Having a Healthy Skin Glow

Make Up Tips For That Brown – Eyed Girl