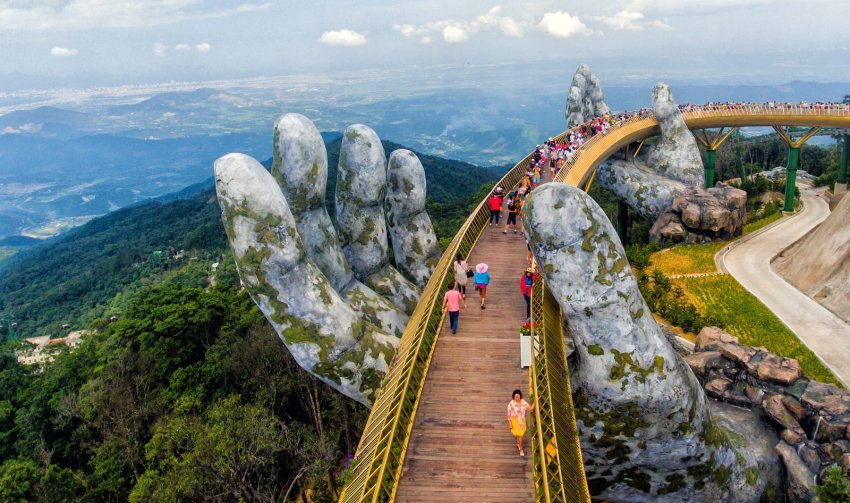 During their first visit to Vietnam, most tourists get surprised by what this country has to offer them. In fact, everybody surely finds something of interest in Vietnam. Those who like to be surrounded by nature will be amazed by its mountains, beaches and tropical forests, and also the desert.

On the other hand, if culture and history are your interest, you’ll find the pagodas and ruins spread over the country spellbinding! Perhaps, you are charmed by people having a simple lifestyle? If that be the case, you’ll surely love the lifestyle of the Vietnamese, be they farmers or tribes living in the hills, or the fishermen that generally live in the southern and middle areas of this country. Let’s see some of the most interesting places to visit while in Vietnam.

Close to the Chinese border in its north, Vietnam has Ho Long Bay, a natural wonder of this world, which was awarded the distinction UNESCO World Heritage Site during 1994. Spread over more than 1500 square Km, containing over 1500 limestone islands, it creates a dreamlike atmosphere for the visitors.

During 2010, its millennial anniversary, Vietnam was credited with another UNESCO World Heritage Site, the large central part of Imperial Citadel of Thang Long, at Hanoi. For thirteen successive centuries, this site continued to be that country’s political capital, and served as its capital for 8 centuries.

Hoi An Ancient Town Hoi An

This fascinating seaside town was among the most significant trading ports that connected Asia to Europe all through the sixteenth and seventeenth centuries. Though not an active trading center now, it has restored and preserved its old charm.

People addressed this political leader as ‘Uncle Ho’, and they have preserved Ho Chi Minh’s body in a glass container (contrary to his wishes though) at the Ho Chi Minh Mausoleum in Hanoi. It is designed on the lines of Lenin’s tomb in Russia.

Basically, these tunnels make a massive war museum, allowing visitors to get an idea of the kind of life that soldiers lived during the Viet Cong time. The work on these tunnels started during 1948, the year the Viet Cong started their fight against the French, and continued till the length of tunnels went beyond 120 km.

My Son Sanctuary Hoi An

This is another UNESCO World Heritage Site, sited in the South of Vietnam. It is an excellent specimen of the prehistoric Champa civilization. Under the control of Vietnam, from the second to the seventeenth century, it remained an independent state.

A UNESCO World Heritage Site, this Complex of Hue Monuments is contained in Hue City, central Vietnam. Gia Long, the first king of the Nguyen Dynasty, founded Hue as Vietnam’ capital in 1802, and it retained that status for 9 Nguyen dynasties, till 1945.