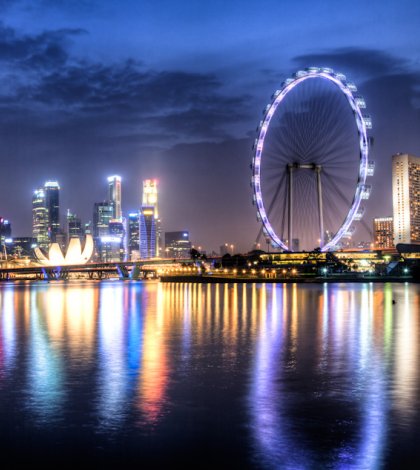 Singapore, known world- over as the Port City, has a plethora of activity options on offer for all age- groups and moods. Named after a mythological that is believed to have a lion’s head (Singha) and the body of a fish, it was discovered in the Eleventh Century and thus, the ‘Lion City’ got its name. Earlier being a part of the Malay Federation, it established itself as a vibrant and a promising country for tourists from all over the world.

Singapore is a living ‘International Community’, the cultural mosaic of the country holding together people from different origins like the Chinese, Indians, Malay, Peranakan and the Eurasians. This rich collage of different cultures, customs and interests has made Singapore a favourite tourist destination among people looking for a thrilling yet relaxing get- away with their families.

The world- famous Universal Studio is a major attraction for the family tourists which will leave you smiling wide. The Sentosa Island’s sparkling clear water and white sand beaches will help you relax with your family. It also houses an underwater aquarium, which can be a mesmerising and an exhilarating experience for your kids to watch those fish swim by, above their heads.

The evening show at the Sentosa is a portrayal of how nature interacts with human excellence, the play- acting team puts on a live skit and the whole show is a combination of drama and sound-light-water show. Make sure you grab a seat in the centre to enjoy the show with its full impact. For wildlife enthusiasts, the Singapore Zoo and the Jurong Bird Park can be appealing choices, they have within them the rarest of the rare Asian and other local animals and birds. It creates a sense of awe for the nature lovers as its atmosphere makes you click them with utmost joy and wonder.

How about a giant Ferris wheel? Yes, The Singapore Flyer, world’s tallest Ferris wheel is a great way to spend late morning- taking in the panoramic view of Singapore in a 30- minute round. The Merlion- that is symbol of city’s name, is a tall proud Lion with a mermaid’s body with water pouring out of its mouth, you would not want to miss clicking photographs with him!
Creating a backdrop for the Merlion is the Marina Bay Sands which is known for its roof top infinity pool. Other breath-taking must- visits include the Tiger Sky Tower, Raffles Hotel, Armenian Church, Old Ford Factory, Fort Siloso, Chinese Garden, The Changi Museum and many more. For those looking for a night life or are on a spending spree, should visit the China town, Little India/ and the Mustafa Centre, Orchard Roads, etc.

4 Tips for Travelling in Group