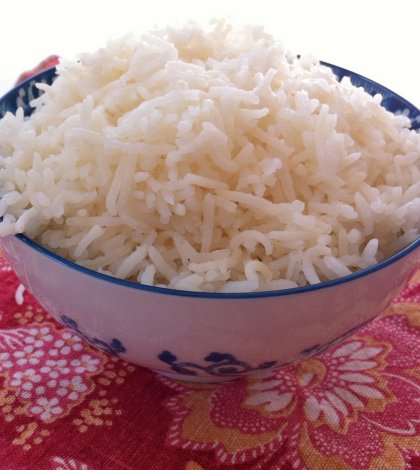 Rice is the most commonly used staple (natural fiber) food used all across the world and it should be stored in a cool, dry place. Rice is gluten and cholesterol free and also low in sodium. It does contain a touch of fat and has an excellent supply of complex carbohydrates. There are a multiple ways in which rice can be prepared, with the method depending on the type of rice being prepared. In this article I will be sharing a few strange dishes that rice is used in across the world.

The Victorian vendors in London often sell Rice Milk from a metal basin over a charcoal fire. It is made by boiling rice in skim milk and served hot in a cup with a spoonful of sugar and a sprinkle of allspice. It is cheap to produce and it resembles a very thick, watery rice pudding,

There are many ways in which leftover rice can be used to make a whole new meal. You could try making egg fried rice, which is quick and easy to prepare by using cooked rice to be fired with egg, onion, green beans and soy sauce.

You could make some deep fried rice balls where you mix grated Parmesan cheese, breadcrumbs and herbs and form balls with the cooked rice and then deep fry it until it is crisp and golden.

There is a recipe for rice that is popular in many Asian countries, it is known as conjee which is a type of rice porridge, which come from prolonged cooking of the rice in water. It could be served as a side dish or as a meal on its own when additional ingredients; such as meat, fish or flavouring is added.

There is a very weird looking meal that is originated from Spain and looks like you are literally serving up burnt offerings, it is called Arròs negre and is prepared in the same manner as paella. It is prepared with white rice, cuttlefish or squid, squid ink, cubanelle peppers, garlic, sweet paprika, olive oil and seafood broth. The squid ink enhances the seafood flavor and is responsible for the dark colour of the dish.

A dish prepared mostly in Southwestern US and Mexico, known as a chimichanga is a deep fried burrito. The flour tortilla is filled with a range of ingredients like rice, cheese, machaca, carne adobada, or shredded chicken and then it is folded into a rectangular package and then deep fried.

A dish form India that is known as curd (unsweetened yoghurt in India) rice or yoghurt rice. It is mostly made by cooking rice till it is broken down, becoming like a paste. Let it cool down to room temperature and then you can season it with fried finely chopped green chilies, ginger, and curry leaves then you add milk, yoghurt and salt. This is usually eaten with some pickles like mango or lime and in South India it is usually eaten at the end of lunch and dinner because it is known to help ease the effects of the spicy main dishes and also aids in digestion.

These are just a few ways in which rice is used across the world. It is actually very interesting how many different meals can be made from rice other than the general curry and rice that most of us cook on a daily basis.

Hassim Seedat
Related Topics:food
Up Next

Why You Should Marinate Your Meat Before You Grill

Can You Use Soya Oil Instead Of Olive Oil?