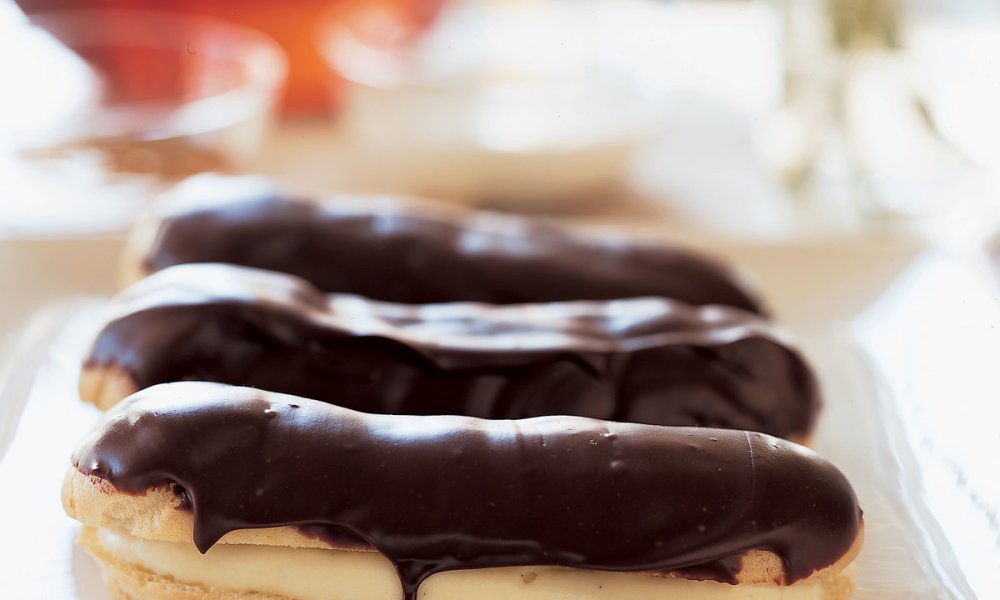 An éclair is an oblong pastry made with choux dough filled with a cream and topped with icing.

The éclair originated during the nineteenth century in France where it was called “pain à la duchesse” or “petite duchesse” until 1850.

It is a popular type of cake served all over the world. The word is first attested both in English and in French in the 1860s. Some food historians speculate that éclairs were first made by Antonin Carême (1784–1833), the famous French chef. The first known English-language recipe for éclairs appears in the Boston Cooking School Cook Book by Mrs. D.A. Lincoln, published in 1884.