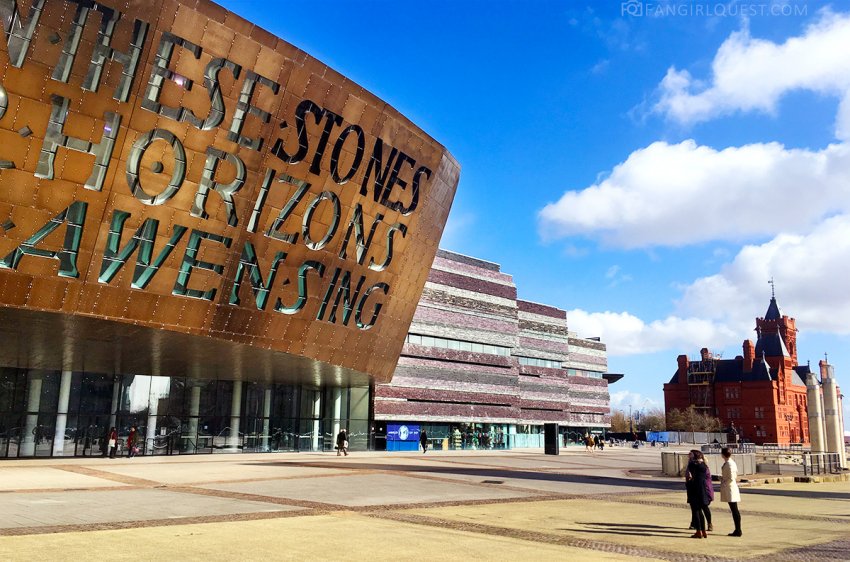 Splendidly situated betwixt the mountains and the sea, Cardiff is making a big splash with visitors. This capital city is small in size, but big in personality. Weekenders are drawn by its unique character and charms. Some come hoping to rub shoulders with rugby players, spy a dragon or two, take in an ancient castle or join in with a good old singsong, Tom Jones’ style. Aside from those quintessentially Welsh pastimes, Cardiff has much else to offer too.

Making waves since the 15th century, Cardiff is now home to 350,000 people. Set just off the M4 motorway, with its own airport and a centrally located train station, these days the city is within easy reach of just about anywhere. With its emblem of the red dragon in glorious abundance, every sign written in both Welsh and English and a chorus of distinctive lilting voices all about you, once here you know, without a doubt, that you are in the heart of Wales. The buzz of the city comes from music, rugby and a strong, proud sense of national cultural identity. Some even claim that the shopping here is better than in Milan. The city is also brimming with lively nightlife options, from traditional pubs to sophisticated bars, live music and a wide range of clubs for a memorable party night out. Whilst Cardiff has all the cosmopolitan buzz of a capital city, it is compactly set within a small area, making it easy to get about.

Cardiff lies within a stone’s throw of the Brecon Beacons National Park and the Black mountains to the North and the South Wales coastline to the South and West. This means that adventurous types, with a penchant for the great outdoors, can schedule in walking, biking, golf, surfing, canoeing and other activities. There are small to middling sized mountains to scale, the largest being Pen y Fan, at a lofty altitude of 886 metres. Coastal towns such as Ogmore-by-Sea offer the very hip challenge of surfing. For cyclists, there are a range of on and off-road options, the most famous being the Taff trail. At 55 miles (93 kilometres) long, it wends its way from Cardiff to the historic market town of Brecon. It largely follows the course of the Taff river and is a mixture of on and off-road sections, requiring either a mountain bike or perhaps a hybrid model to tackle it. Even within the city itself, there is the opportunity to get out on the water of Cardiff bay, in a canoe, kayak, wind-surfer or dinghy. Sticking safely to dry land, there is also the rather lovely and very central Bute park to picnic, lob frisbees and generally laze about in.

For rugby fans, Cardiff holds the allure of the 74,500 seat Millennium stadium. This is home to the Welsh national side, fondly nicknamed the Red Dragons. On match days, thousands throng here, creating a sea of red in the stands, together with a carnival display of nodding and bopping dragon and daffodil head attire. Even if you’re not here on match days, you can still sneak a glimpse into the dragons’ lair. Stadium tours allow you to peek inside the dressing room, tread in the footsteps of giants through the players’ tunnel and hold a trophy aloft for yourself.

For culture vultures and seekers of knowledge, there are museums, galleries and shops, including the National Museum of Wales, Techniquest hands-on-science centre and Wales Millennium Centre. There is also the 2,000 year old castle to explore. Back through time, it has been home to a Roman fort, a Norman citadel and a Tudor stronghold. These days, instead of repelling grockles with slingshot and hot tar, it welcomes them with open arms. If you time your visit to Cardiff right, you could sup locally brewed beverages at the Great Welsh Beer and Cider Festival in June or munch your way through the Great British Cheese Festival in September. Music is in the blood of Welshmen and Cardiff is firmly at the melodic forefront. It has major venues in the form of the Millennium stadium and the Motorpoint Arena. These regularly attract the big names in music, such as the legendary figures of Gary Barlow, Dolly Parton and McBusted. There are heaps of Eisteddfod and Jazz options to enjoy and a smorgasbord of live music available in smaller venues too.

If you wish to craft, nibble, quaff and laze, Cardiff offers a wealth of luxurious, sublime and quirky opportunities to do so. You can roll your very own handmade chocolates, create melt-in-the-mouth fudge, muddle some cocktails with a master mixologist or shrug off the hustle bustle of the 21st century at a lavish spa.

As the sun sets over Tiger bay in Cardiff, visitors have their sights set on re-fuelling and thoughts naturally turn to eating, drinking and making merry. Cardiff has a huge variety of restaurants, cafes, pubs, bars and nightclubs on offer. Mermaid Quay is part of the multi-million pound redevelopment of Cardiff bay and boasts a number of restaurants and bars, where you can sit, sup and enjoy views out across the water. Alternatively, you can head for the central area, near the castle and train station. Here lie pubs for every tippler, from traditional to spit and sawdust to trendy and sophisticated. There are clubs a-plenty too. For alternative music, head for the top end of the town centre. For mainstream chart, dance, trance, house and party music, you could head for the areas around St Mary Street in the centre, Cardiff Bay or Greyfriars road. Cardiff’s motto ‘The Red Dragon will Lead the Way’ perhaps hints at the promise of mini adventures for those that choose to follow, offering something for every size, shape and flavour of visitor to the city. Join the migration and let the dragon lead on.

Simon Short
Related Topics:CardiffTravel
Up Next