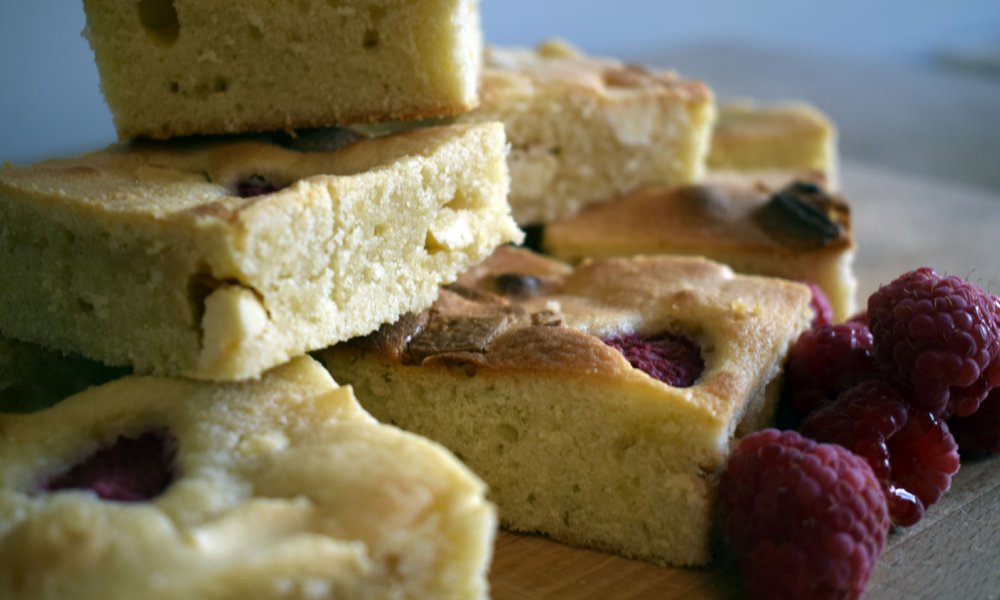 If you’ve never heard of a blondie, it’s just a whiter version of the famous brownie.

These blondies are made with melted white chocolate swirled with raspberries, with a healthy sprinkle of cinnamon sugar on the top.

They’re chewy and delicious, and extremely easy to make too!