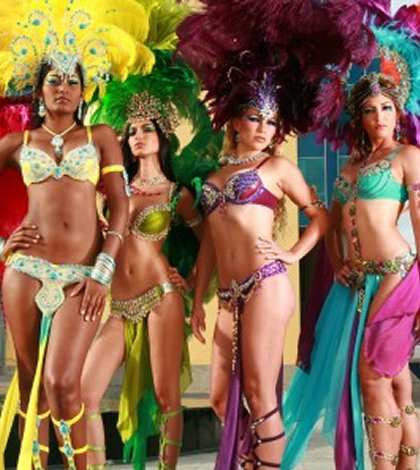 Carnival is a festival season that marks the beginning of lent featuring parades, masquerades, balls, and for lots of people, a beach vacation. This year, most countries celebrate Carnival during the first week of February. So pack your bags and head out to some of the best destinations to celebrate Carnival.

Brazil is the number 1 Carnival destination in the world. The Carnival in Brazil dates back to the 1720’s when Portuguese immigrants arrived. Today, the Brazilian carnival is celebrated with parades featuring samba schools composed of thousands of members who create unique themes for their floats. The main parade in Brazil takes place at the Sambodromo, a parade route in Rio de Janeiro complete with bleachers on both sides.

In Trinidad & Tobago, Carnival is a holiday that lasts over a month and ends in large celebrations in Port of Spain, capital of Trinidad, on the Sunday, Monday, and Tuesday before Ash Wednesday. The Carnival in Trinidad and Tobago features costumes, dance, music, competitions, rum, and partying (also referred to as fete-ing).

Carnival in Ecuador lasts a couple of weeks and is usually celebrated with water balloons, crazy string, flowers, fruit and more water. People in the coastal regions tend to celebrate Carnival by going to the beach and throwing water balloons to friends and sometimes unsuspecting victims. Don’t be surprised if a water balloon hits you. Don’t feel offended; it’s just a game. Ecuador is a country full of surprises!

In Mexico, the biggest Carnival festivities occur in Veracruz and Mazatlan where parades, costumes, music and dancing take place. The Mexican Carnival starts with the burning of effigies (Quema del Mal Humor) that symbolizes the burning of ill humor and marks the beginning of carefree days.

Mardi Gras is known around the world as one of the most exciting festivities in the US. The Carnival in New Orleans starts the weekend before Fat Tuesday (Mardi Gras) with parades, beads, parties, balls, hurricanes (the drinks, not the weather phenomenon) and more beads. The French Quarter becomes a big party center with people tossing beads left and right. The main streets become the destination for parade watchers who stand there to admire the beautifully crafted floats and receive beads in return.

Shanghai Is the Place To Be!

The Main Towns of Cyprus