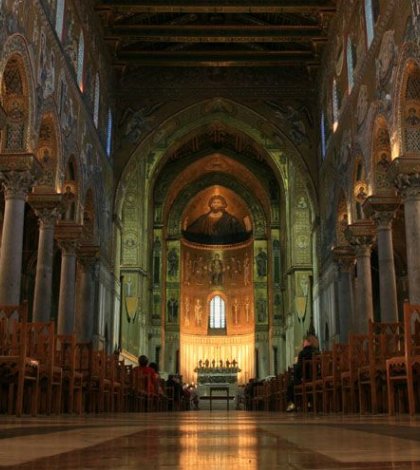 Italy is a land filled with history and has served many cultures that have made their mark in Sicily – villas and mosaics from the Romans, temples from the Greeks, and cathedrals from the Arabs and Normans. If you want to glimpse the former glories of the people that lived and breathed on the island hundreds of years ago, you will definitely want to check out the following sites.

Valle dei Templi – aka the Valley of the Temples in Agrigento, this is definitely the first location you’ll want to see when you visit Sicily. Villas and tombs dot the landscape, but the real stars of the show are the temples to Juno Lacinia, Asclepius, Heracles, Vulcan, Zeus and Concordia – the last being the best preserved of all. If you’ve ever doubted the ability of ancient man to craft structures that can withstand the test of time, simply pay a visit the Valley of the Temples for an awe-inspiring reminder.

The Teatro Greco of Taormina – the idyllic community of Taormina hides a cultural gem – an ancient and remarkably well-preserved Greek theatre. It was actually rebuilt by the Romans in the 2nd century AD, but they decided to preserve its unique aesthetic – resulting in the theatre that stands to this day. Not only is it still being used for plays and concerts, it also offers a spectacular view of Mount Etna and the Ionian Sea. The area is easy to access so you won’t have to worry about going out of your way to reach Taormina’s Teatro Greco.

Cattedrale di Monreale – this cathedral isn’t ruined and is still the seat of a very active diocese, but the blending of two very different architectural styles are what evoke awe from this ancient building. Simply compare the two towers of the cathedral and you will clearly see the Arab and Norman influences. Take a step inside and your eyes will be treated to the beautifully preserved scenes of angels and saints set in warm, reassuring gold tones. It is located at Piazza Guglielmo 11 in Palermo, making it very easy to find.

Roman Mosaics of Villa Romana del Casale – there are quite a few old Roman ruins in Sicily, villas being the most popular of them, but this particular villa houses a stunning relic from the Roman era. The Villa Romana del Casale boasts a large collection of mosaics, which is remarkably well preserved, considering they are dated as far back as the 4th century AD. There is one particularly beautiful mosaic known as the “Coronation of the Winner” that depicts women participating (and winning in) athletic events – not a common sight for the time period.

Make room in your busy schedule to visit these ancient ruins and awe-inspiring landmarks of Sicily. Villas, temples, cathedrals and more are all waiting to inspire those who want a glimpse of the ancient world.

Mark Slaviero
Related Topics:Travel
Up Next

10 romantic things to do in Spain