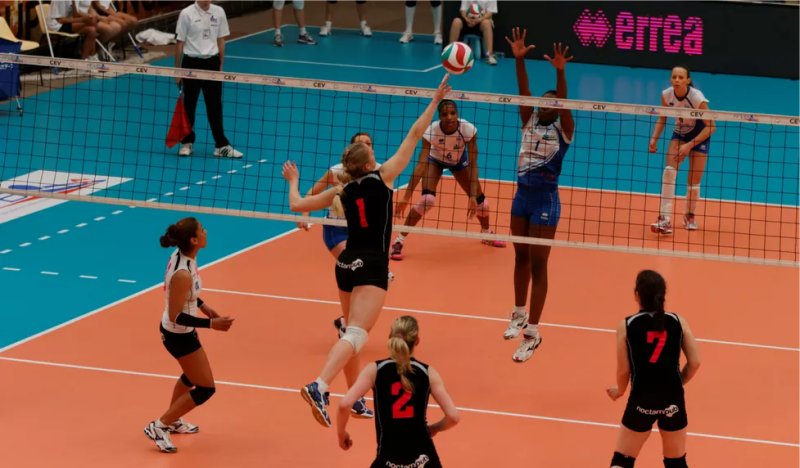 Volleyball is a sport which requires a variety of skills which a player must master in order to cope with the fast-paced rotation. Since a volleyball player must shift from the front line to the back and from offensive to defensive, he must be adept and ready to perform the skill-set required. Following are the 6 fundamental skills necessary for the challenging game of volleyball.

Serve
The serve is the most important offensive skill as it is the one used to put the ball into play. Service is done with an arm swing which sends the ball over the net and onto the opponentâ€™s court.

Setting
The setting is a very important skill to be learned in volleyball. It serves to receive a teammateâ€™s pass in such a way as to continue the play. It is done by passing the ball overhead to another teammate — the attacker or killer. This fundamental technique consists of cupping the hands momentarily over the forehead and letting the ball contact the finger pads briefly and then following through by hitting the ball to the target.

Kill or Attack
The kill or attacks is the act of delivering the ball to the opposing court for the purpose of scoring a point or forcing a side out. The kill is done by a quick and full-force arm swing.

Block
The block is used by a player at the net to stop the ball delivered by an opposing attacker from crossing the net. This defensive technique is done by standing while facing the net and with the feet shoulder-width apart. With the arms nearly extended above the head, the blocker quickly jumps to deflect the ball and prevent the opposing team from making a score.

Floor Defense
Floor defense includes mastery of 2 skills – digging and sprawling. The dig is somewhat like a forearm pass and is made from a low position. It is a position that is used to receive balls that are hit near the defender. The sprawl, on the other hand, resembles a dive as a player strives to reach a ball that is hit farther away. The player who does a sprawl lands on his abdominal area.

Because volleyball does not involve much physical contact, players need not don protective gear. Volleyball uniforms are designed to enable the widest range of motion possible. Tops are either sleeveless, short-sleeved or long-sleeved shirts while bottoms consist of either shorts or trousers.