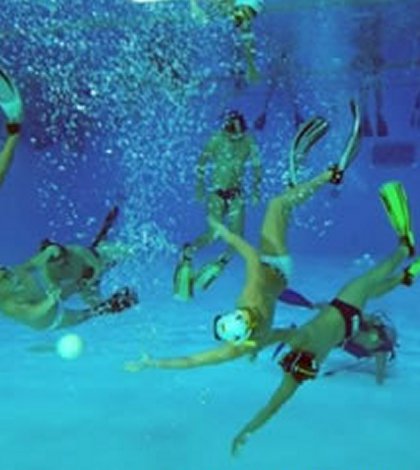 After watching an amazing rugby championship recently, I noted how aggressive the game really was. Why now you ask? Well, the zoom lenses had the TV audience looking down the ranks at near ball level. Imagine being that rugby ball? Ouch, that would be a tough job. Some say that rugby isn’t as good as American Football or other aggressive-like team sports. I completely disagree with such ascertains, however do understand where those perceptions come from. Let’s talk.

You see if you are in the stands you don’t see what’s going on up-close and personal, and it does very much get personal too. Maybe there is a way to enhance the game a bit, a way to make it more fun for spectators who pay to watch? Maybe we can modify the game, and that’s what I’d really like to talk with you about today.

I’d like to see rugby played in 2 feet of water. And I’d like to see the rugby ball semi-buoyant. It might even make sense to make the water somewhat opaque and hard to see through, but the rugby ball when it surfaces would be quite bright in color and contrast to the water. It would slow the game down as the players ran down the field or laterally, and 2 feet of water is enough to drown in, so when things did get physical or there was a dog pile of sorts, it would add suspense for those watching the game, and a bigger sense of urgency for those players on the bottom.

Some might say that what I suggest is quite brutal. But is it any more brutal than boxing, mixed martial arts, or other sports? Not really, and with all the splashing, energy, and ball movement it would give the players a chance to use decoy tactics diversions, and still break their fall in the water. It would be thrilling and more spectacular to watch – when all players came to heads that would be quite of bit of water displacement creating waves – the more energy pushed into the water the larger the waves would get – only adding to the excitement for those in the stands.

Having aerial cameras, and having the spectators looking down upon the field, they could see things that the players may not be able to view as they looked for the ball under the opaque water line. Even if this never becomes a new sporting concept, I think water rugby would be an incredible sport to play. Indeed I hope you will please consider all this and think on it.