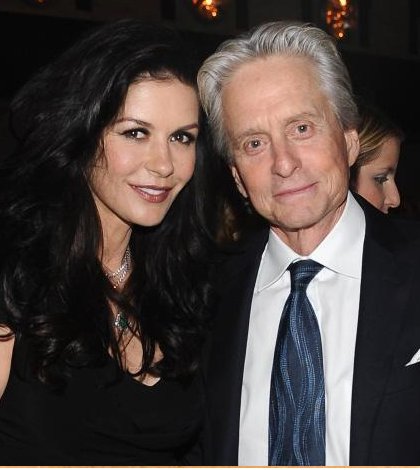 Sunday was sweet for Michael Douglas, who capped his evening clutching an Emmy for lead actor in a movie, HBO’s Liberace biopic Behind the Candelabra.

Going into the ceremony, Douglas, 68, whose separation from wife Catherine Zeta-Jones, was announced in August, told PEOPLE: “We’re working things out, talking, and we’ll see how she goes.”

On the Emmy stage, he affectionately referred to her, saying, “I want to thank my wife, Catherine, for her support.

Besides his two young children – ages 10 and 13 – with Zeta-Jones, Douglas also acknowledged son Cameron Douglas, 34, who is currently in prison on a drug charge.

“Shout out to my oldest son, Cameron, and hoping that I’ll be able and they’ll allow me to see him soon,” Douglas said.

Jennifer Love Hewitt: I Always Wanted to Be a Mom