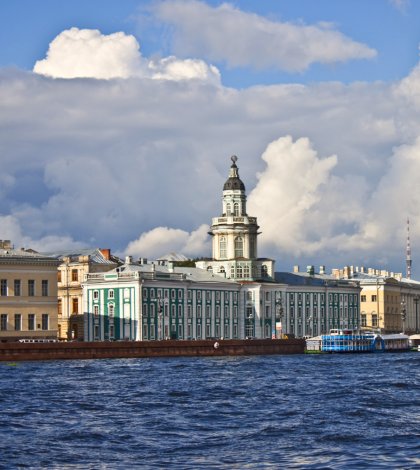 Traveling to Russia has gotten quite a lot of media hype due to the Winter Olympics in Sochi, but will soon be brought up with the FIFA World Cup scheduled there in 2018.  There really is a lot to see, but not just since it is hands down the largest country in the world.  We had the opportunity to travel to St. Petersburg a while ago and will always have vivid memories of the city.  In many ways it was actually quite different from what the typical American most likely pictures, and in additional ways quite the same.

What did impress me had been that Russian society is transforming fast, but it also feels people aren’t really certain if they should embrace it or resist it.  As with many places within Europe the suffering of war from the Twentieth Century still casts a shadow, and this may be difficult for Americans to understand.  But despite having all the problems they’re still full of pride their country remains a wonderful place.

But many may be unenthusiastic by trying to travel to Russia due to cost plus futility of dealing with all the bureaucracy.  It is factual that it can be more difficult for most Americans to get in and out of Russia than probably most other places.  When you need to do it the simple way do like we did and take a Baltic cruise vacation which includes St. Petersburg.  You won’t have total accessibility to the city, but sticking with the tour group you will see a great deal, and the entry as well as exit will not be a problem.

If you are planning to take a trip there you will need to know a few things, but some of the regulations were altered in 2012 to help make the process easier.  You’ll have to have a passport that will not expire prior to six months from exiting Russia.  Additionally you must have a travel visa, but ahead of that an invitation, which is known as visa support.  This is really a pre-visa or official document from an officially registered Russian entity like a business, organization or agency.  A proper invitation is essential before the Russian consulate in your home country can process the visa.

For first-time vacationers this may get a bit overwhelming.  I would strongly suggest that before you get some experience with the process that you look up an outside Russian visa service having experience getting you through all of the paperwork.  It is certainly not an impossible process, just one that experience is really a helpful guide.  And one additional thing: should you overstay your visa, even by a few minutes, you will be prohibited from leaving.  It will end up being more difficult to get out of the country than it had been to get in.

Before you travel to Greece