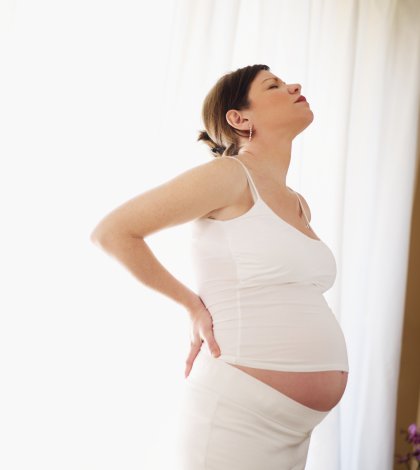 Pregnancy is the time to nurture oneself. It is a time when the body of a woman goes through a huge change. Pregnancy comes with a few unwelcomed but not uncommon side effects as well. Here are some useful tips on how to prevent aches and pains during pregnancy. This guideline was made only after researching and studying the suggestions of expert physicians.  Let us go through thoroughly in order to take effective measures .

During pregnancy a woman has to go through a big change in body weight and distribution. Experts suggest that regular exercise prevents joint wear and tear, especially in the pelvis, hips and ankles. Although it has been observed that woman walks the same way before and during pregnancy, woman still have increased risk for low back, hip and calf pain due to the changes in body mass and distribution.

The gait patterns of 15 women were explored and analyzed. All 15 of them were between 25 to 38 years old and were in the final weeks of pregnancy. Motion analysis software was used to compare the walking patterns and strides of the participants which were videotaped. This process was repeated a year later.

It was observed, that the overall gait patterns were remarkably unchanged during pregnancy. Even there was no evidence of a waddling gait. However, increases in hip and ankle forces were noticed. This significantly indicates that during pregnancy muscles and joints compensate for changes in body mass. Thus, according to research, it has been observed that muscles and joints adjustments allow for a normal stride. Nevertheless, these adjustments become a factor of high risk for overuse injuries, especially for inactive women. Fortunately, a woman can take preventive measures of high risk for overuse injuries by exercising. Physicians recommend mild to moderate exercise during pregnancy, even for women who did not exercise previously.

Even during pregnancy it is equally important to maintain a good posture. To prevent and alleviate back aches avoid tilting the pelvis forward. Regular, moderate exercises that involve strengthening, toning and abdominal exercises keep muscles toned and supple.

Maintaining a basic level of fitness is fine. It has been observed that regular exercise is associated with shorter labor and faster postpartum recovery. Vigorous exercises or weight loss is strictly not recommended during pregnancy. On the other hand low-impact exercise offsets hormonal changes that weaken bone joints. Safety always remains an important consideration.

Joints are stabilized by practicing strengthening exercises while muscle strains are prevented by stretching exercises. On the other hand, Aerobic exercises help to burn fat and gain weight up to 25-35 pounds. A pregnant woman should drink plenty of water before, during and after exercises. Also stop exercise timely, which is well before getting exhausted.

Try to avoid standing in one position for too long. If the work involves standing and sitting for long, take regular short breaks. Get involved in daily tasks if that is too tiring break them into shorter stints. While sitting the lower back should always be supported. Avoid sustained period periods of work,lifting heavy objects, or lying on your back.

Exercise during pregnancy is safe and will reduce aches and pains, but you should always keep in mind to take proper measures. Besides exercises, massage and warm water is also a great relief from aches and pain. For extra precaution doctors often suggest on wearing a supportive maternity belt.

Warning! Oral Piercing is Highly Dangerous for Your Health