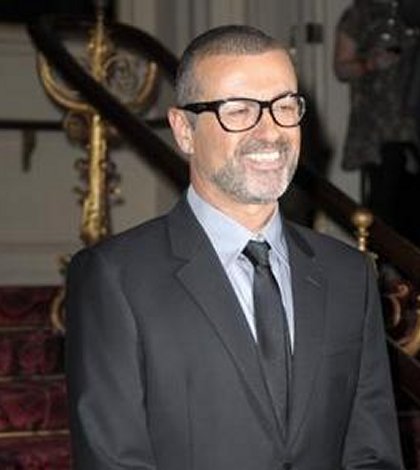 George Michael never actually came out intentionally. It took an embarrassing, public arrest for “lewd behavior” in a park in Beverly Hills back in 1998 to do that.

Only after the bust did he feel forced to admit to CNN that yes, he was gay.

“For some strange reason, my gay life didn’t get easier when I came out. Quite the opposite happened, really,” he tells the BBC in an exclusive new interview.

“The press seemed to take some delight that I previously had a ‘straight audience,’ and set about trying to destroy that. And I think some men were frustrated that their girlfriends wouldn’t let go of the idea that George Michael just hadn’t found the ‘right girl’ [yet]. Which is still what a lot of my extended family still think!”

Now single, the superstar, 50, who ended a 13-year relationship with longtime partner Kenny Goss in 2011, said that he didn’t care that he wasn’t open at the time, and will never judge anyone for when he or she decides to come out.

“Because it’s about family,” he says. “In the years when HIV was a killer, any parent of an openly gay person was terrified. I knew my mother well enough that she would spend everyday praying that I didn’t come across that virus. She’d have worried like that.”

The singer, who this week released Symphonica, a new album of live music, has faced plenty of other uphill battles since his public outing, too.

He had two drug-possession related arrests – in 2006 and again in 2008. He also battled a near-death bout of pneumonia in 2011, a year after he suffered a major car crash in which he was arrested for driving under the influence of marijuana.

That arrest, and a month-long stint in jail, inspired him to get sober for good.

“I realized it had to be something to do with me. It shook me out of my denial,” he says. “After that crash happened, I started drug counseling and was two weeks in detox, none of which I made public. It feels so completely behind me now. It really does.”

The new album, while not original material, was recorded during recent tours with a live orchestra, and marks his first release in 10 years – and his first since becoming sober.

“I knew that one of the things that was going to keep me clean was rewarding myself with music,” he says. “I knew regardless of anything else, singing in front of an orchestra was going to be inspirational. It would feed me.”

He also mentioned another new project that will contain some of the original material he wrote when he was first released from prison.

“I had such a big burst of creativity that I was thinking, ‘I should have been locked up years ago. I would have come up with a couple of great albums by now!”

While still not sure of the angle the new material will take, he did say he would “like to do something for the gay community. Possibly a dance album.”