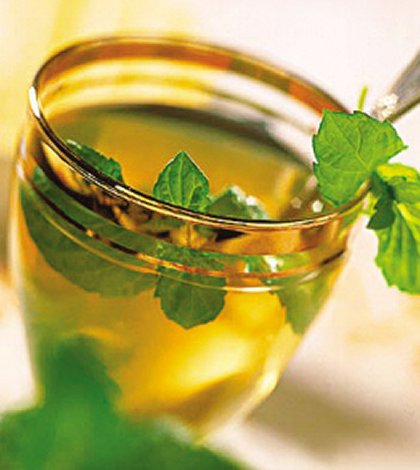 Today, tea is increasingly becoming a drink of the health conscious. Although, consumed for centuries in China, it was introduced to the world only in the late eighteenth century and its consumption spread rapidly as people were intoxicated by its exotic aromas and subtle, mellow flavors. Today, a new breed of tea drinkers are growing, who are consuming it for its medicinal properties. Though its medicinal benefits were documented in Chinese history for centuries, only recently have studies confirmed some of them. Green tea, white tea and herbal tea are being promoted as the best health drinks. Yet, the herbal tea is not really a tea at all!

That’s right! Herbal tea, also known as tisane, is an herbal infusion made from anything but the leaves of the Camellia sinensis (or the tea bush)! Herbal tea is made from flowers (fresh or dried), roots, seeds or leaves by pouring boiling water over them and letting it steep for sometime. Alternatively, they can also be boiled together over a flame in a pot. The herbal tea is then strained and served. It maybe sweetened if required.

There are many herbal tea which are specific to a region and some which are found all over the world. Herbal tea has been quite popular in Asia over the centuries, especially in China and Japan. Some of the popular Asian herbal tea are the Yuen Kut Lam Kam Wo Tea (made in Hong Kong and composed of thirty Chinese herbs), the Mugicha (which is drunk cold in summer and quite similar in flavor to coffee), Cannabis (used in the preparation of Bhang in India), the Sugnyung (or toasted rice from Korea), the Tan Ngan Lo Medicated Tea (prepared in the twentieth century by a Chinese), and the Ho Yan Hor Herbal Tea (made from twenty four natural herbs in Korea).

Herbal tea is, and was, quite popular in the Americas as well, especially amongst the native tribes. Some popular ones are the Mate (shrubs grown in Brazil and Argentina), Lapacho (which is the inner lining of the bark of the Lapacho tree found in Amazonian forests and has numerous health benefits), Essiac (a native American herbal tea), Cerasse (a bitter herb found in Jamaica), and the Uncaria tomentosa (a woody vine found in the Amazonian forests and used to treat various ailments).

Besides these, the Rooibos (a reddish plant native to South Africa), the Honeybush (closely related to the Rooibos, but sweeter), the Bissap (consumed in the Saharas), the Hibiscus (from the Middle East), the Greek Mountain Tea (found in the Mediterranean and used to cure colds), the Chamomile (grown in Germany and used as a sedative), and the Horehound (known for its efficacy in lung troubles and grown in Britain) are quite popular varieties of herbal tea.

The above list of herbal tea though lengthy, is not exhaustive. In fact, if one started of with even all the popular herbal tea, it would run into pages. Though, the varieties of herbal tea mentioned above clearly show one thing, that herbal tea is anything but tea. Yet, the popular Earl Grey tea, which is blended with bergamot, is marketed by some as an herbal tea, though in every way it is black tea! So much so for clearing the confusion!

The Benefits of Cayenne Pepper Powder

Tips to Presenting a Vegetable Tray