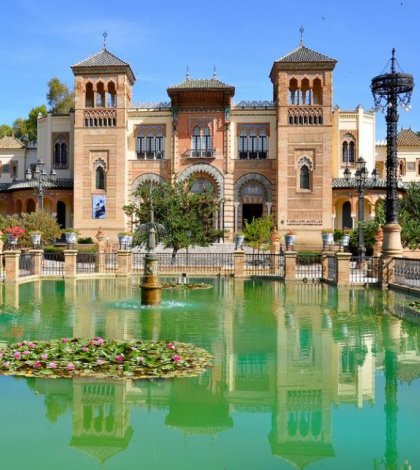 Spain, with its varied landscape attracts thousands of visitors every year. The country in South Western Europe is a perfect destination for a family holiday. We have compiled the top 10 destinations for a perfect family holiday in this beautiful country.

Barcelona, the second largest city of Spain is one of the top draws for vacationers. Barcelona is one of the major global cities of the world and boasts of many historical monuments, recreational areas and UNESCO world heritage sites. Park Güell, La Rambla, Sagrada Familia, La Barceloneta, etc. are some of the other attractions of the city.

The capital and the largest city of Spain is perfect for family holidays. The city on the banks of Manzanares River boasts of modern infrastructure and historic neighborhoods. Palacio Real, Museo del Prado, Plaza Mayor, Puerta de Alcalá, etc. are some of the places worth visiting in Madrid.

Situated on the plain of the river Guadalquivir, Seville houses three UNESCO world heritage sites. Seville is the capital of the autonomous community of Andalusia and has many landmarks such as Seville Cathedral, Palace of San Telmo, Plaza de España, Archaeological Museum, Museum of Arts and Traditions, etc.

Granada is one of the top spots for family holidays in Spain and is famous for its parks and gardens. Alhambra, Casa del arte flamenco, The Generalife, Royal Chapel, etc. are some of the top attractions of Granada.

Valencia is the third largest city of Spain situated on the banks of Turia River. Ancient monuments and cultural attractions make Valencia one of the best tourist destinations of the country. The main sights of Valencia are Valencia Cathedral, Torres de Serranos, Museo Nacional de Ceramica Gonzalez Marti, etc.

Situated on the South coast of the island on the Bay of Palma, Palma de Mallorca is one of the top draws for tourists in the nation. Cathedral of Santa Maria of Palma, Canyon de la Calobra, etc. will give you and your family evergreen memories.

Family holidays to Spain are incomplete without visiting Malaga. It is one of the oldest cities in the world founded in 770 BC. Castillo de Gibralfaro, Fundación Cueva de Nerja, Los Gaitanes, Puente Nuevo, etc. are some of the major sights of Malaga.

An archeological heritage city, Marbella is in between Gibralter Strait and Malaga. The city is the home of some of the most beautiful museums such as Contemporary Spanish Engraving Museum, Ralli Museum, Bonsai Museum, etc.

A coastal town in the province of Alicante, Benidorm is known for its hotels, beaches and skyscrapers. Mundomar, Aqua Natura, Terra Mitica, etc. are few of the places worth visiting in the city.