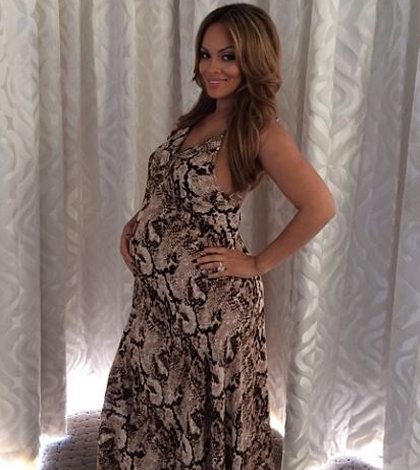 Evelyn Lozada has officially gone from diamonds to diapers!

Born at 3:55 a.m., the couple’s new addition weighed in at 8 lbs. and measured 21 inches long. With Crawford by her side, Lozada delivered her son naturally in just four pushes.

“It was very quick and Evelyn is happy because she was super nervous,” her rep tells PEOPLE. “Baby boy is so handsome and she can’t wait to reveal him to the world.”

In a Tweet posted Saturday afternoon, Lozada wrote, “I have EXCITING NEWS! Thank you God for my blessing!”

In November, six months into her pregnancy, Lozada confirmed to PEOPLE that she was expecting her second child, a sibling for Shaniece, her 20-year-old daughter from a previous relationship.

“I’m excited about being a mommy all over again. This is something I’ve been wanting for years and I can’t believe it’s finally happening,” she said at the time.

Although the mom-to-be initially kept the identity of the baby’s father a secret, she and Crawford later got engaged over the holidays.

One month after announcing she was expecting a son, Lozada was showered with love during a February diamonds and diapers-themed baby bash.

Michelle Obama and Her Daughters Visit the Great Wall of China